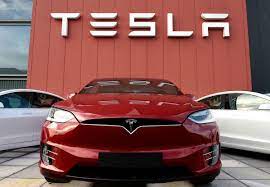 The latest fall in Bitcoin sent the price past a threshold that likely would force Tesla to recognize a loss on its holdings if the cryptocurrency doesn’t rebound by the end of the month. That would raise more concerns about earnings quality at the electric-vehicle company.

The drop is a problem for Tesla because accounting regulators consider Bitcoin a collectible, so investments in the currency are held at cost. Gains are only recorded when Bitcoin is sold, but companies have to recognize losses when the currency falls below its carrying value. Corporate investors get the pain of losses, but not the boost from gains, while they hold the currency.

The accounting is different than for stocks, or traditional currencies, which are marked to market, with both gains and losses reflected in earnings even if a holding isn’t sold.

Tesla was thought to have purchased Bitcoin at about $36,000, the price prevailing when the company announced its investment in February, but the price appears to have been closer to $32,000, based on its first-quarter financial filing. Tesla didn’t immediately respond to a request for comment on its Bitcoin holdings or trading.

If Bitcoin is trading at $29,500 at the end of June, when Tesla wraps up its second quarter, the company would be sitting on a loss of almost $90 million.

Tesla recognized a gain on sales of Bitcoin sale of roughly $100 million in the first quarter. That helped the company earn more than Wall Street analysts expected, but also created some confusion for investors. Some analysts raised concerns about the quality of Tesla’s earnings, reasoning that earnings “beats” should be driven by the underlying business, and not by one-time items.

It looks as if analysts and investors will have to deal with another one time item in the company’s second-quarter report. This one won’t be a positive.

Tesla stock was down a little in early trading, while the S&P 500 was marginally higher. Bitcoin could be part of the reason.

Year to date, Tesla share are down about 12%, trailing behind comparable gains of the S&P 500 and Dow Jones Industrial Average. The stock has risen about 212% over the past year.