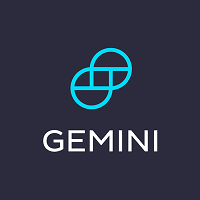 Bitcoin exchange Gemini now sponsors Bitcoin Core maintainer Michael Ford, also known as Fanquake, according to a statement published Tuesday. The sponsorship comes via the Gemini Opportunity Fund, an initiative whose mission is to improve the scalability, security, and sustainability of the Bitcoin Network.

“We are delighted to announce Gemini’s sponsorship of Bitcoin Core Maintainer Michael Ford, aka Fanquake,” per the statement. “We are deeply committed to empowering the Bitcoin Network and its developer community and look forward to expanding our support.”

Ford is one of Bitcoin Core’s most prolific contributors and currently ranks as the 5th developer with the most commits to the codebase, a total of 786 at the time of writing. In the last year, the open-source developer has amounted to over 3,000 contributions on GitHub, the world’s most popular collaborative software development platform.

The developer is the fourth among the project’s contributors to be sponsored by the Gemini Opportunity Fund, joining Amiti Uttarwar, Dhruv Mehta, and Jarol Rodriguez. The donor-advised fund seeks to support Bitcoin Core development through grants, fellowships, and donations. Since its launch in December 2020, it has pledged over $1.5 million to the project’s development, the statement said.

Ford’s current projects include porting the macOS programming tool to the vanilla LLVM library and enhancing the Linux build system with an alternative C library.