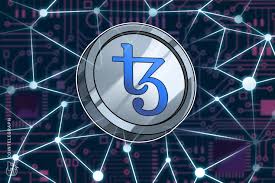 Tokenized bitcoin (BTC) is coming to the Tezos blockchain.

Announced Wednesday, the Bitcoin Association Switzerland, Tezos Foundation and multiple partners will issue the first tokenized version of bitcoin on the Tezos blockchain, tzBTC. The asset will also be the first vehicle for Tezos-based decentralized finance (DeFi), according to a press release from the association.

Each tzBTC represents one bitcoin on the Bitcoin blockchain and is minted under the new FA1.2 Tezos token standard.

“The tzBTC brings the brand and liquidity of Bitcoin to the Tezos blockchain and gains the potential for rich functionality made possible by Tezos smart contracts,” Bitcoin Association Switzerland President Lucas Betschart said in a statement.

Another wrapped bitcoin project was announced for Ethereum last week, tBTC. “Building a bridge that allows Bitcoin to interact with DeFi makes a lot of sense,” investor Fred Ehrsam said of that project. Adding a bridge for Tezos to the most liquid cryptocurrency follows a similar logic.

Roman Schnider, CFO and head of operations at the Tezos Foundation, said the addition of bitcoin is just the tip of the spear as the community builds out DeFi products on Tezos.

“This is kind of the first [wrapped] product that we see and there’s not much you can trade against at the moment, but there is a roadmap,” Schnider said in a phone interview.

Next up, Schnider said, are atomic swaps for building out DeFi exchanges and perhaps a wrapped ether (ETH) token.

DeFi grew rapidly on Ethereum in 2019 and largely began with Wrapped Bitcoin (WBTC) issued on platforms such as bZx, Compound and dYdX. A little over a year later, and WBTC makes up a small percentage of Ethereum-based DeFi’s $700 million market cap, according to DeFi Pulse.

tzBTC won’t be alone on Tezos, however. The token could soon be joined by Tezos-based DeFi protocol StakerDAO, which is planning to launch this quarter, according to its website. StakerDAO automates capital allocation for staking on various protocols to earn yield for investors.

tzBTC will be overseen by numerous organizations, according to the token’s website. Bitcoin Association Switzerland will regulate “keyholders” who mint and burn tzBTC. Keyholders include Swiss crypto firms Inacta, Lexr, Swiss Crypto Tokens and Taurus.

Betschart told CoinDesk the idea first originated with Swiss Crypto Tokens, but the non-profit took up the project which retains a bitcoin-first bent.

“Our interest is to push the adoption of bitcoin. So we’re already involved with some other things … to make bitcoin even more usable,” Betschart said.