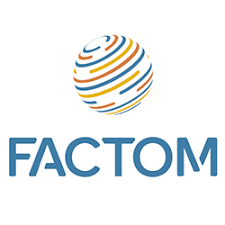 After years of being unable to close a Series B, enterprise blockchain company Factom, Inc. slashed its staff from 10 to just two.

“They’ll be putting out a correction,” said Smith. “This has been a long-running argument between us and FastForward.”

FastForward did not respond to multiple requests for comment.

FastForward had been pressuring Factom to put a resolution before Factom’s board of directors to have the company go into receivership. Smith said he put the resolution forward knowing that the board would vote “no” on it. He claims FastForward jumped the gun in issuing a press release.

“There was a miscommunication and FastForward heard that we were going to put this proposal to the shareholders,” Smith said. “Because they’re a public company, anything that has a significant impact on the valuation, they have timelines to publish that. They printed out the press release, and we didn’t get a chance to see it. … There wasn’t any malicious intent on anybody’s part.”

Aside from Smith, only CEO Paul Snow is employed full-time by the company. Six employees were retained on a contract basis.

The firm says it is now renegotiating the financial engineering of the Series B raise, proposing solutions such as having FastForward’s note be converted into common stock once the raise reaches a high-enough threshold. Smith said the amount of control FastForward had in Factom was scaring off other investors.

Founded in 2014, Factom conducted one of the earliest token offerings, raising $1.1 million in 2015 by selling “factoid” tokens. Users don’t have to touch factoids, however, to use the Factom protocol, which is separate from Factom, Inc. and decentralized among 27 different authority node operators (ANOs). The protocol is often used for recording data.

Currently, Factom, Inc. makes most of its money from contracting its services with the U.S Department of Homeland Security (DHS) and other entities. For DHS, Factom’s technology secures data from Border Patrol cameras and sensors. Factom is also part of a project securing data from the national power grid for the U.S. Energy Department.

Despite these high-profile contracts, the company didn’t have the cash flow to be able to survive the market downturn without cuts, Smith said.

After the news of Factom’s alleged receivership broke, DHS called a meeting with the blockchain company to ensure that its project would continue, according to Smith. Factom expects to receive three more contracts with DHS for around $200,000 each, Smith added.

While the recent market downturn has slowed Factom’s pipeline of projects, Smith said the crisis has a silver lining.

“The pandemic has pointed out a lot of problems with the supply chain that we’re a pretty good solution to,” he said.

One former Factom employee who spoke on the condition of anonymity claimed that leadership changes at the company made it an unexciting investment opportunity. Peter Kirby replaced Paul Snow as CEO in 2015 and Snow then “took back the reins” in 2017 as chief executive for the second time. Snow said the changes probably cause “a bit of disruption” but weren’t the toughest issue the company faced.

Snow said the most difficult obstacle for Factom was its inability to break into the mortgage market. It had avoided titling, which is complex and focused on loan origination. However, “The longer it took to put solutions in place, the more the status quo established itself and proved to be too expensive to enter the market,” Snow said.

Looking forward, Factom plans to focus on data integrity and data organization, which Snow said will be critical for supply chain and internet-of-things security. The company plans to unveil new tools for managing data on its blockchain protocol in the future.

Regardless of what happens to Factom, Inc., however, the Factom protocol will live on because of its decentralized nature, Snow said.

“The protocol is going to run whether Factom, Inc. continues or if we get reorganized or if we find an eleventh-hour investment,” Smith said.

Other authority node operators (ANOs) on the protocol agree with him.

“Factom, Inc. hasn’t accomplished much in a long time,” David Chapman, CEO of ANO Factomize, said. “Most people that have been following the Factom Protocol closely are banking on other [ANOs] delivering.”

UPDATE (10, April 23:14 UTC): An earlier version of this article incorrectly stated that Factom’s DHS contracts were worth $600,000 each. They are worth $200,000 each. The story has also been updated to show that Factom retained six employees on a contract basis