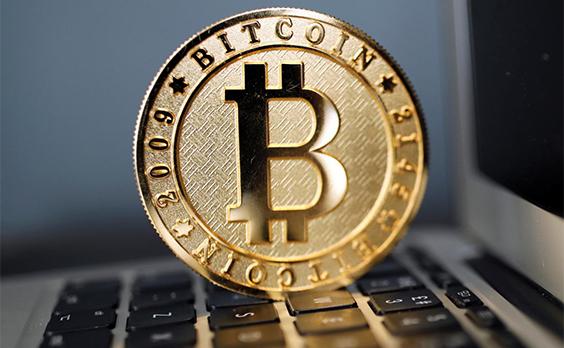 Michael Bloomberg, the billionaire former New York mayor-turned-U.S. presidential hopeful, has barely got his 2020 campaign off the ground but he’s already talking about bitcoin and cryptocurrency.

Now, Bloomberg, who appears to be following in Democratic race dropout Andrew Yang’s footsteps in both bitcoin and meme-ery, looks to be setting himself up as the cryptocurrency candidate.

Bloomberg, who took a drubbing from all sides in the first Democratic candidate debate he’s taken part in last night, has released a financial reform plan that promises to provide “a clear regulatory framework for cryptocurrencies.”

“Cryptocurrencies have become an asset class worth hundreds of billions of dollars, yet regulatory oversight remains fragmented and undeveloped,” the plan reads. “For all the promise of the blockchain, bitcoin and initial coin offerings, there’s also plenty of hype, fraud and criminal activity.”

What Is The Missing Link Between Jobs And People?

Working To Welcome Refugees From Coast To Coast

Overcoming The Challenges Of Getting Through College

Elsewhere, Bloomberg’s plans for reform of the financial sector include forcing banks to hold significantly more capital on their balance sheets and a financial transactions tax which could potentially cost Wall Street trillions of dollars while significantly increasing regulatory scrutiny of financial activities.

Bloomberg, who made his fortune with the widely-used financial data providing Bloomberg Terminal and made his name through his eponymous media company, cut his teeth on Wall Street in the 1970s.

Bloomberg’s media company, which he has promised to sell if he wins the White House, has become well-known for its bitcoin and cryptocurrency coverage, going so far as to secure the @crypto Twitter handle.

Other Democratic presidential hopefuls, including frontrunner Bernie Sanders, former vice president Joe Biden, and senator Elizabeth Warren have made no mention of bitcoin or Cryptocurrencies in their campaigns so far. Pete Buttigieg, the mayor of South Bend, Indiana, has only said he thinks bitcoin should be “treated as a commodity.”

Bloomberg, who has run an unconventional campaign, far outspending any of his rivals and eschewing the early debates, has made his strong desire to see Trump ousted from the White House his core message.

On bitcoin and crypto, Bloomberg’s broad financial reform plan promises to clarify which agencies are responsible for overseeing the burgeoning space, clear up uncertainty surrounding the tax regime, define when digital tokens are securities, protect people from cryptocurrency-related fraud, and define the requirements for financial institutions in the space.

The U.S. bitcoin, cryptocurrency and blockchain community has long been calling on the regulators to clarify bitcoin and crypto rules, though some have opted to move to friendlier regions.

Last year, Facebook, decided to set up the independent governing body of its libra cryptocurrency in Switzerland.

“Everyone in the know is already well aware of Europe’s clear guidance on crypto custody, exchange licensing, rules for issuance of payment, utility and security tokens,” blockchain pioneer and managing director of Yeoman’s Capital David Johnston, who has recently relocated to Switzerland, said last week, adding: “European rules are very clear at this point.”

Meanwhile, some are concerned by the aggressive language being used by current U.S. regulators and officials in relation to bitcoin and cryptocurrencies.