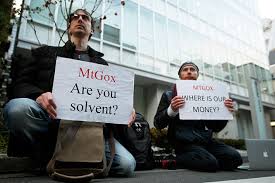 Mark Karpeles, the CEO of bankrupt bitcoin exchange Mt Gox, has denied claims he manipulated account balances while he was running the Tokyo-based company.

According to a local media report, Karpeles told Japanese police he had no knowledge of the disappearance of any bitcoins and that he “was just a victim”.

Karpeles was re-arrested in Tokyo last week following allegations he had embezzled ¥321m ($2.6m) of customer deposits to fund his personal projects.

The report, which bizarrely noted that Karpeles has an intelligence quotient of 190 – which would make him a genius – also cited the CEO as saying that Mt Gox had been “a normal business operation”.

According to a loosely translated version of the article, an anonymous friend of Karpeles mentioned a “Mr X” (the alleged founder of Mt Gox) whom he claimed lied to the former CEO.

“The balance of bitcoin was already incorrect when he bought the exchange, but Mr X advised to Karpeles that if Karpeles follow the operational rules decided by Mr X, Karpeles could recover the bitcoin balance, which turned out not to be true,” adds the anonymous source in the report.

The police investigation is ongoing.