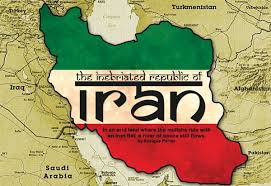 According to internetworldstats 57 percent of Iran’s population are using the internet. Despite these figures and an increasing interest in bitcoin as a means to transfer money overseas and online purchases, limited avenues are on offer in Iran.

CoinAva, an online bitcoin market, has been in operating in Iran since 2013, Localbitcoins also has a foot in the market, offering peer to peer sales. Persian Leather shoes has been accepting Bitcoin, a company with 70 years experience trading in the market. “Before launching this website, our international sale has been limited to a few dedicated customers who knew about the quality of our products and were prepared to go through a lot of trouble to pay us! This of course, may sound incomprehensible for people who have all sorts of electronic payments at their disposal. However, before finding out about Bitcoin, receiving our money was the number one obstacle in expanding our business.”

“The problem is we operate in Iran and most payment systems either are not willing to serve us at all or impose a huge risk on our business.”

The United States imposed sanctions against Iran, following the Iranian Revolution of 1979. They were further expanded in 1995 to include firms dealing with the Iranian government. The UN Security Council passed Resolution 1696 in 2006, and imposed sanctions after Iran refused to suspend its uranium enrichment program.

“In response to Iran’s continued illicit nuclear activities, the United States and other countries have imposed unprecedented sanctions to censure Iran and prevent its further progress in prohibited nuclear activities, as well as to persuade Tehran to address the international community’s concerns about its nuclear program.”

This embargo saw Iran’s economy take a nose dive. Responsibility was attributed to the sanctions, and also the Iranian Government’s response. A black market economy arose, buying and selling foreign currency. In 2011, when a new wave of sanctions on Iran’s Central Bank drove down the value of the Iranian Rial (IRR). The following year Iran’s government implemented a three-tiered exchange rate in a populist effort to stabilize the cost of staple imports while raising the price of luxury products.

These developments encouraged further black-market speculation, and businesses suffered as the Rial plummeted. According to United Against Nuclear Iran (UANI), one US dollar on the black market sold for 13,350 Iranian Rial (IRR) in Dec 2011, which had jumped to 40,000 by Jan 2013.

UANI is a non-partisan, non-profit advocacy organization based out of the United States that seeks “to prevent Iran from fulfilling its ambition to become a regional super-power possessing nuclear weapons.” Along with other advocacy campaigns, the organization endeavors to pressure companies to stop doing business with Iran. This is in an effort to halt the Iranian government’s nuclear program and its alleged development of nuclear weapons. UANI successfully launched a campaign in Feb 2012, demanding that SWIFT cut all financial ties with Iran.

International sanctions also prevent foreign credit and debit card providers from providing services in the country. However, there is an ATM network operational in the country, “but these are for use with locally-issued bank cards such as the Haj Card or Melli Card issued by Bank Melli,” states Iran Visitor.com

According to the Iranian Internet Infrastructure and Policy report, by Small Media, Bitcoin is also illegal in the country, “Naser Hakimi, IT Director of Iran’s Central Bank, stated that the use of Bitcoin in Iran is illegal, under Article 2 of Iran’s ‘Money and Banking Act’.” The reason, however, revolves around the definition of legal tender, and to date there have not been any reports of any convictions for using the digital currency.

The report also states that in March last year, Saeid Mahdavian, Deputy of Iran’s’ Regulatory Authority at the National Cyberspace Center, announced that Bitcoin would be regulated this year.

“The Iranian market only offered inconvenient ways of buying bitcoins in the past. With roughly 50 million Internet users, Iran has a huge and yet untapped market potential for bitcoins and other cryptocurrencies.”

draglet is an application service provider for digital currency exchange platforms based out of Munich, Germany. “The exchange software’s USPs include a strong focus on security, user experience, and a modular product for easy customization and multiple options for liquidity provision. draglet currently operates Bitcoin exchanges for 14 different countries and enables instant cryptocurrency conversion worldwide,” explains a recent press release.

“Using either limited or ‘execute best’ orders, Iranians can dive into the cryptocurrency world in a fast and secure environment. Using draglet’s white label services, btxcapital.com is able to enter the market quickly providing reliable services to those who are looking for immediate access to buy or sell bitcoins.”

Ali Hosseini, CEO of BTXCapital stated that the company’s goal is to help frustrated users who are demanding an instant and trustworthy service, also offering fair exchange rates according to international standards. Hosseini went on to explain. “one feature of bitcoin is the fact that the value of bitcoins is determined by supply and demand in the market and not by the influence of one or a few exchanges. In our platform, users can sell and buy bitcoins based on their own price assessments, and in doing so we are providing a safe and stable environment. We trust that this will lead to the transparency of cryptocurrency prices in Iran.”