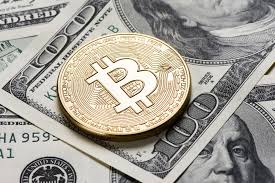 Supply and demand are the two most important forces in any market. As the first thing that kids learn when they begin studying economics, it is a tool that can be applied to almost anything

The company Chainalysis provides analysis of recent occurrences on the blockchain and how they affect the overall economics of the market. Although Bitcoin is thought to be anonymous in the layman’s world, those familiar with the technology will tell you it is easily traceable with the right tools. Chainalysis uses compliance and investigation software to break down the trends on a macro-scale.

It is tempting to think of investors as a homogeneous aggregate of hardcore Bitcoin enthusiasts, but the reality is much more complicated than that. Chainalysis classifies the coin on a spectrum according to how liquid the coins are. The range starts at the level of speculators and goes all the way to lost coins (or those that haven’t even been mined yet).

The most liquid category is that of the speculators (or traders). They are short term investors, and are mostly looking to make a quick buck before selling out of their position. The rise of so many trading platforms is clear enough evidence that this segment is continuing to increase. As of April 2018, it composed 35% of the current money supply.

Bitcoins used in transactions are the second-most liquid type of Bitcoin. In a way, these Bitcoin are being used for the reason Bitcoin was originally invented for: facilitating economic exchanges without the involvement of a bank. These can often be estimated based on the movements of the wallets belonging to major services.

Investment coins, or the coins held by long-term investors (HODL’ers) are the least liquid of the coins in circulation. Yes, there are the 4 million unmined coins and 2.3 million lost coins, but these coins are actually held by investors, but are not expected to surface any time soon.

The lost coins are estimated based on the amount of time it has been since the wallet in question last spent Bitcoin. Users aren’t expected to report it every time they lose the private key to their wallet, so the best method of estimating this portion of the money supply is by using 2014 as a cut-off date for lost wallets. It is always possible the owner of the wallet is a long-term holder, but this is an inexact science.

What Do the Trends Mean?

One of the more interesting observations is that the proportion of Bitcoin used to make transactions by major services has remained stable over time. This could mean several things – the services could be managing their wallets carefully, or the industry’s zero-sum structure could prevent the share of money supply from growing too high.

Investment coins actually used to compose a much larger proportion of the money supply, but over the last year their share has decreased from 72% to approximately 50% of the share. This is likely a reflection of the increased trading activity and rent-seeking on the part of speculators.

Another implication here is that investors have cashed out of their holdings in a meaningful way. This can be interpreted in one of two ways: either the investors lost faith in Bitcoin, or they wished to lower their adjusted cost base in the coin by buying back their coins on the dip.

To put things in monetary rather than percentage terms, during the crash of early 2018 investors sold off $30 billion of Bitcoin. This Bitcoin was picked up by speculators, which is a sign that even more volatility can be expected in the Bitcoin space in the future now. These speculators are putting a downward pressure on the coin by not holding long-term, and more investors take a long-term view on Bitcoin, we can expect these trends to continue.