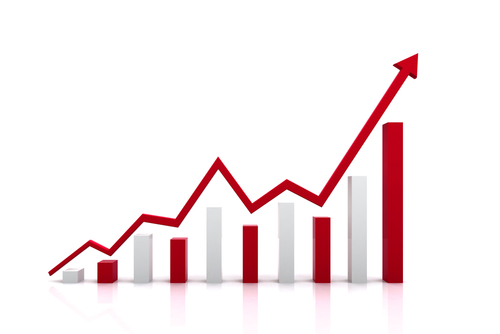 As the bitcoin price has risen out of the $200’s over the past month, the price increase has driven another important event: more mining hardware is being brought online.

Miners earn revenue two ways. The first is with the block reward, which is 25BTC approximately every 10 minutes. The other way is with transaction fees. The block reward also acts as the mechanism in which new supply of bitcoin is generated. Because mining tends to reward those that can do the most work, miners deploy increasing amounts of hardware to try to be the first to mine each block. To keep a steady block creation rate, Bitcoin creator Satoshi Nakamoto put in place a rule that updates the network difficulty every 2016 blocks, or approximately two weeks.

But the increase in difficulty makes sense.

The next generation of bitcoin miners have been released by three of the top companies in the space. In August, Bitmain announced the launch of the Antminer S7, which contains the BM1385 ASIC. Each S7 can generate upwards of 4,850 GH/s while only using 0.25 J/GH of power.

In October, the Chinese mining firm BW announced that it was releasing its next stage bitcoin miner, which would contain a 14nm chip. Virgilio Lizardo Jr., head of international at Bitbank, told Bitcoin Magazine that the first batch of servers released would be 48 petahash total. For context, the current network has a hash rate of 550.5 PH/s.

Finally, the original creator of the ASIC miner, Avalon, announced that it was releasing its latest miner, the Avalon6, which would contain the new A3218 mining chip. Each miner would be able to generate 3.65 TH/s of hashing power. While these new miners have just hit the market, it is additional hardware that should come online over the coming weeks.

The reality is simple: As the price of bitcoin increases, the number of people who can make a profit mining increases. That encourages more participation in securing the network, which results in the need for a difficulty increase. As these next generation of bitcoin miners come online, it is expected that the difficulty will continue to counteract the additional hash rate in the network.

Jacob Donnelly is a freelance journalist and a consultant in the bitcoin/blockchain space. He runs a weekly digital currency and blockchain newsletter called Crypto Brief.