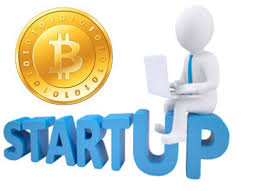 Bitcoin industry startups are facing backlash over a new series of articles in which they have been portrayed as pivoting away from the digital currency and toward more general FinTech applications.

Spurred by articles in Business Insider and The Guardian that accused companies including BitPay, Circle and Uphold (formerly Bitreserve) of “turning their back” on the technology, social media forums became venues for an airing of community grievances over the more inflammatory language used by the publications this week.

“Bitreserve, which used to be a bitcoin wallet and exchange, has rebranded itself as ‘Uphold’, and is now firmly trying to shove its history down the memory hole,” The Guardian wrote.

At issue for many was whether the news publications were overenthusiastic in their characterization of the industry trend, or whether the companies with formerly bitcoin-centric business models are saying one thing to the press and another to the community.

“This company is completely two-faced.”

Elsewhere, technology enthusiasts called the company “hypocrites” for statements that implied the “Bit” in its former name did not refer to bitcoin. Prior to this week, bitcoin had been the sole payment method available in the US to send funds in and out of the platform.

Also caught up in the crossfire were BitPay and Circle, which were accused of abandoning their bitcoin products and “falling back” on the blockchain in order to acquire new users by Business Insider.

Such wordings often confused the dualistic nature of the bitcoin blockchain, which requires the use of the bitcoin currency to function as a global payments rail. However, they did successfully highlight how many of the digital currency’s users feel it is the responsibility of industry startups to introduce the technology to mainstream users.

In statements following the news, Uphold was adamant that it was misrepresented in being characterized as moving away from bitcoin.

Anthony Watson, the CEO of Uphold – formerly known as Bitreserve – took to Twitter to defend his company’s bitcoin strategy, telling his followers that the firm was not intending to pivot away from the digital currency.

“First, Uphold has been independently verified as the cheapest place to buy bitcoin in the world. Contrary to the recent coverage, Uphold is not ‘moving away from bitcoin.’ We do and will continue to support the digital currency; it is one of the many currencies and commodities we support.”

Speculation about Uphold’s relationship with bitcoin, however, has been rife ever since the company announced its rebranding last month.

Speaking to CoinDesk at the time, Watson denied that the firm was moving away from bitcoin, instead framing the re-branding as a response to customer demand for additional services.

Watson’s firm, however, is not the only company in the space facing rumours about its potential abandonment of the digital currency.

@OscarWGrut Not an accurate view of .@circlepay strategy, but the more companies who use bitcoin “under the hood”, the more bitcoin succeeds — Jeremy Allaire (@jerallaire) November 22, 2015

Bitcoin payment processor BitPay – which laid off staff in a “cost-cutting” exercise in September – was also mentioned in media reports for its perceived distancing from the digital currency.

The processor defended its strategy on Twitter, noting that it was still supportive of the original bitcoin vision, which envisaged the creation of a peer-to-peer payment system.

“We believe in that vision,” said the company on Twitter.