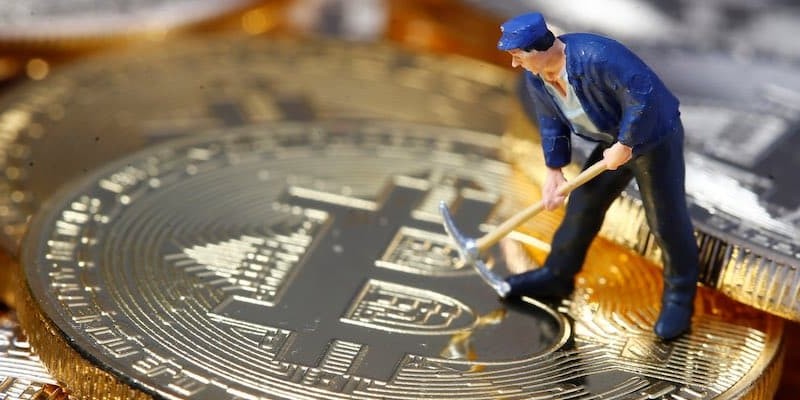 Bitcoin mining was once, as close as you could get to free money. You plugged in your computer, which began solving complicated mathematical problems on the bitcoin ledger, and you were rewarded with bitcoin.

Now, 10 years on since the first bitcoin was mined, competition to solve these complicated puzzles on the blockchain has surged making that free money not so free.

In fact, it’s become so saturated that retail miners who are plugging in their PCs, hoping to earn a quick buck, are now losing money, according to data from Diar, a blockchain and data analytics firm.

The company says the rise of institutional mining companies have squeezed retail miners margins. “Bitcoin miner revenues in the first 6-months of this year surpassed all earnings of 2017,” said Diar. “To date, revenues have exceeded last year by a whopping $1.4Bn. But the record hash rate hit at the end of August saw miners paying retail electricity prices move to unprofitability for the first time in September.”

The hash rate is a measure of the computing power required to confirm a bitcoin transaction. As competition swelled, so did the hash rates, which in turn drove up electricity bills as miners scrambled to ramp up their mining equipment.

However, these costs have reached levels where only institutional companies can foot the lofty electricity bills, Diar research found. “The investment proposition for smaller miners held true throughout most of this year, but has since become questionable on the back of an increase of computing power competing for the coinbase reward.”

In May, an Elite Fixtures survey found that the average cost to mine a bitcoin in the U.S. was $4,758. But rising electricity prices and mining hardware costs would suggest this average cost has climbed.

Read: In one chart, here’s how much it costs to mine bitcoin in your state

Furthermore, the plight of miners has been exasperated by the decline in the price of bitcoin. BTCUSD, +0.15% The world’s largest digital currency has fallen more than 50% year-to-date and is down more than 60% from its all-time high on Dec. 17, 2017.

So for retail investors, unless you’re a student pilfering electricity from your dorm room, rewards from mining are dwindling away. “With big mining operations on low electricity costs running at anywhere between 50-60% gross profit from bitcoin revenues, the market has a lot of room left to grow and, profits to squeeze,” said Diar.

“But bitcoin mining has, at least for now, and most likely in the future, moved into the court of bigger players with deep pockets.”