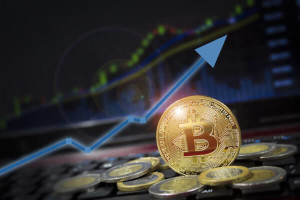 Data from Cointelegraph Markets and CoinMarketCap tracked BTC/USD as it gained over $1,000 in just one day, topping out at $8,695.

As of press time on Wednesday, the pair circled $8,650, showing no signs of a major reversal. 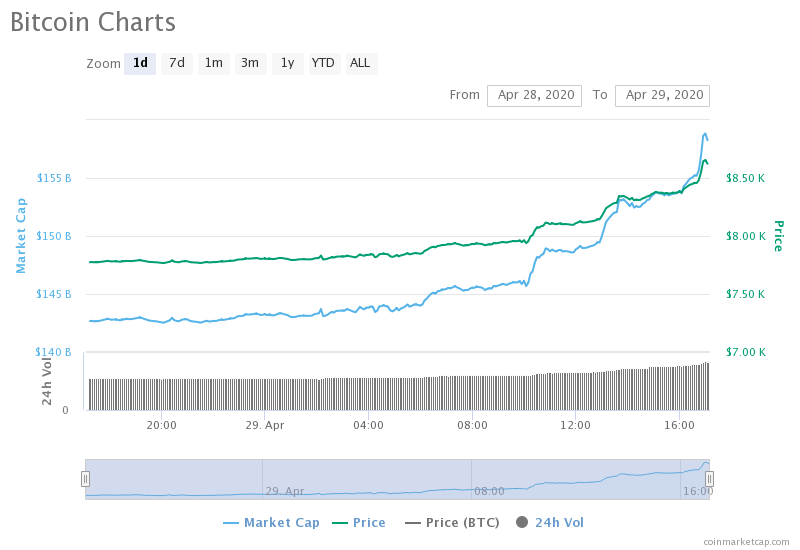 Just days ago, analysts were skeptical that Bitcoin’s strong weekly performance could continue to quash major resistance around $8,500.

A band of resistance factors, including the 200-day moving average, nonetheless quickly fell in Bitcoin’s best day for several months.

CME futures gap on the horizon

As Cointelegraph reported, BTC/USD is now fully recovered from its crash in mid-March, which saw markets drop to then 15-month lows below $4,000.

Bitcoin’s gains since the start of the year are now challenging gold for the top spot in macro assets, with stocks trailing far behind.

In the short term, as analyst Squeeze noted among others, a CME Bitcoin futures gap at $9,125 could prove to be the next short-term target for bulls.

Bitcoin has hit an important resistance point at $8,800 which normally takes some time to work through so there’s likely to be more volatility to come for the next few days.