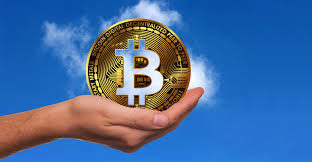 Bitcoin appears to be a good hedge against inflation because, unlike government-issued fiat currencies such as the U.S. dollar, the British pound, and the euro, supply of the crypto-currency is limited.

Unlike the U.S. Federal Reserve, the nation’s central bank, there is no overarching digital authority that can undercut the value of Bitcoin by flooding the market.

President Richard Nixon took the dollar off the gold standard in 1971. Some believe this effectively made the dollar’s value an article of faith.

From 1975 to just before the COVID-19 pandemic hit in March 2020, the U.S. money supply has increased from about $273.4 billion to about $4 trillion. It increased to about $6.5 trillion last November, largely thanks to coronavirus stimulus bills intended to keep the economy running.

President Joe Biden has proposed a new stimulus package totaling $1.9 trillion. If signed into law, more than half of the total supply of dollars would have been printed since the pandemic struck.

If so, inflation would hammer small savers and retirees on a fixed income who hold dollars. Most money market accounts at commercial banks pay 0.50% or less in interest, and annual cost-of-living increases in Social Security are typically modest.

Does it make sense for Uncle Sam to borrow money, even at current low rates, and give it to individuals to spend? Does the nation face a lack of demand, or a lack of opportunity to spend because much of the economy has shut down, including restaurants, bars, travel and entertainment?

Despite the economic contraction at the height of the lockdown intended to curb spread of the coronavirus, some sectors of the real estate market remain strong.

Those who remained employed, especially the educated who can work remotely from home on a computer, fled major cities for the suburbs and rural areas. This led to real estate price increases in some outlying areas.

Friedrich Hayek, who shared the 1974 Nobel Prize in Economics, urged the creation of private currencies that would allow financial institutions to compete for acceptance. He said stability of value would be the decisive factor for acceptance.

Hayek said government-issued currency had all the defects of a monopoly and prevented the development of new methods of exchange. Hayek died in 1992. Bitcoin was created in 2009.

Could Bitcoin and crypto-currencies be part of what Hayek envisioned? Many see only superficial parallels while others cheer. The debate continues. However, the value of Bitcoin can’t be eroded by increasing the supply because the number of coins is capped at 21 million.

Major institutions are investing in Bitcoin, apparently as an inflation hedge.

Precious metals such as gold have traditionally been used as a store of value. But it’s impossible to know how much gold exists in the world and how much can be economically mined.

The price of Bitcoin has been volatile in the past, but volatility and risk aren’t necessarily the same. Last year, the price of West Texas Intermediate crude oil briefly turned negative as demand collapsed during the economic shutdown. But in an economy built on oil, there was no risk investors would abandon the commodity and prices rebounded.

The crypto-currency’s status as a hedge against inflation may be a good bet given that another stimulus package is in the works and the new administration is discussing additional government spending on infrastructure and other programs.

But does investing in Bitcoin for the long-term represent anything other than dreams of future price appreciation?

Adam Smith knew what ails us—and he prescribed the cure. Library of Congress

In The Wealth of Nations, Adam Smith noted:

“A prince who should enact that a certain proportion of his taxes should be paid in paper money of a certain kind might thereby give a certain value to this paper money, even though the term of its final discharge and redemption should depend altogether upon the will of the prince.”

Could we relax if Bitcoin were the coin of the realm because it is a decentralized cryptocurrency, so there would be no Bitcoin prince?

On the other hand, what would happen if a cabal of super-nerds—princes of the digital age—cook up another crypto-currency with fewer than 21 million coins in circulation?

Problem is—we won’t be able to ask Adam Smith for his opinion if it goes south.