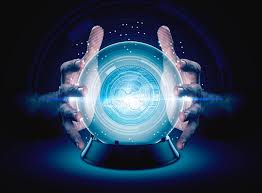 Bitcoin has been on a phenomenal tear over recent months, adding over 200% since early October (though its huge rally has sparked serious bubble fears).

Microstrategy, which now owns some 70,000 bitcoin worth just over $1.1 billion after kicking off its bitcoin-buying spree last summer, is hosting the event on February 3 and February 4, with thousands signed up to attend, according to Saylor.

After Huge Bitcoin Price Rally, Here’s What Billionaire Mark Cuban Thinks Is Next For Bitcoin And Crypto

“We’re going to have thousands of executives, officers, directors and advisors of corporations coming together in the first week of February,” Saylor told CNBC’s Power Lunch this week, speaking after he revealed MicroStrategy had bought a further 300 bitcoin tokens this week during a bitcoin sell-off that took the price briefly under $30,000.

“They all want to figure out how to plug bitcoin into their balance sheet or their PNL. We’re going to publish our playbook, all of our accounting guidance, our legal guidance, all the work we did over the course of months to get ready to do this as a publicly traded company. And we’re going to open source it, making it available to everybody with the thought of saving them millions of dollars in weeks or months to make this an easier transition.”

While the full list of attendees has not been made public, the event it set to include bitcoin industry giants including crypto exchanges Binance, Gemini, and Coinbase. Others, such as Mike Novogratz’s Galaxy Digital, which specializes in investing and developing cryptocurrency-related services, will take part in bitcoin macro and corporate strategy discussions.

Ross Stevens, the chief executive of Stone Ridge Asset Management, will open the online conference alongside Saylor on Wednesday, February 3. In October, Forbes revealed Stone Ridge had made a $115 million bitcoin investment.

The bitcoin price has long been tied to its public profile—with bitcoin media mentions and Google search volume closely tracking bitcoin price peaks and troughs. Bitcoin traders and investors will be closely watching the upcoming conference for headlines that could push the bitcoin price higher.

“This conference could drive interest in bitcoin further, and even if that does not translate to immediate price gains, it will definitely have a positive, long-term effect,” Joe DiPasquale, the chief executive of San Francisco-based bitcoin and cryptocurrency hedge fund BitBull Capital, said via email. “There is also a possibility that hype around the conference could boost retail sentiments and drive some retail buying.”

Bitcoin’s recent surge has put the cryptocurrency firmly on Wall Street’s radar but Silicon Valley is also showing an interest.

Jack Dorsey, who currently leads both Twitter and payments company Square SQ -1.5%, made waves when he announced Square had bought $50 million worth of bitcoin last year.

Billionaire Tesla TSLA +1% and SpaceX chief executive Elon Musk, who has expressed an interest in being paid in bitcoin, recently asked Saylor via Twitter about the practicalities of adding bitcoin to a corporate balance sheet.

“We can also expect other companies to start emulating MicroStrategy’s approach and invest some portions of their treasure s into bitcoin, as MicroStrategy’s CEO recently suggested to Elon Musk,” DiPasquale added.