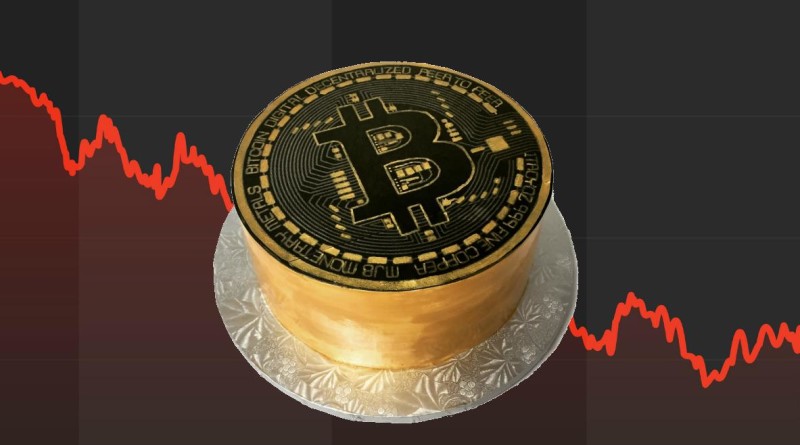 Bitcoin has been struggling recently, losing 40% of its value in just two weeks, as a civil war in rival cryptocurrency bitcoin cash and fears much-anticipated institutional investment will fail to materialize weigh on bitcoin and cryptocurrency investors.

Bitcoin’s woes have caused many to doubt the future of cryptocurrencies, though others are confident bitcoin and its peers will soldier on, with New York Stock Exchange (NYSE) chairman Jeff Sprecher among the more optimistic. 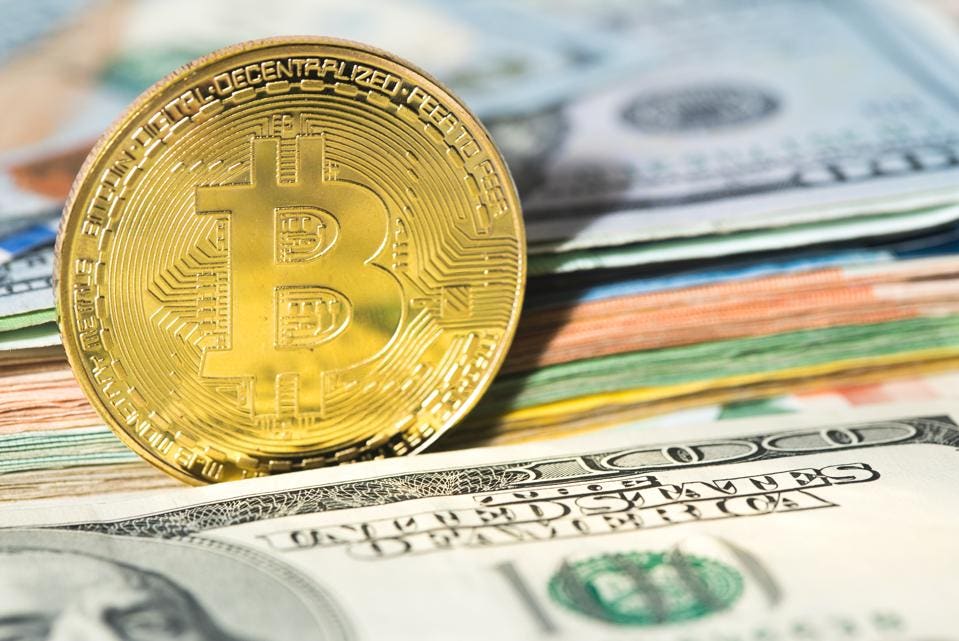 Bitcoin and other cryptocurrencies have fallen throughout this year, leaving some uncertain of their future.GETTY

“The unequivocal answer is [digital assets will survive],” Sprecher said earlier this week at the Consensus: Invest conference in New York, it was first reported by CNBC. “As an exchange operator, it’s not our objective to opine on prices.”

Bitcoin has over the last two days climbed back over the psychological $4,000 mark after falling as low as $3,600 last week amid a rout that has wiped billions from the market capitalizations of the world’s biggest cryptocurrencies, including the likes of Ripple’s XRP and Ethereum’s ether.

The bitcoin price has fallen some 80% so far this year, with a sell-off this month sparked by rival cryptocurrency, bitcoin cash, splitting in two due to developers and miners failing to reach an agreement over its future.

Paving Your Path To Financial Security In Retirement

Retirement Savings By Age: How Does Your 401K Balance Stack Up?

Sprecher, who is chief executive of the NYSE’s parent company Intercontinental Exchange, has backed bitcoin and cryptocurrency platform Bakkt, which intends to offer bitcoin futures trading from early next year and open bitcoin and cryptocurrencies up to a wider retail market through partnerships with coffee shop chain Starbucks and PC giant Microsoft.

As cryptocurrencies across the board fell this week, bitcoin’s dominance (its share of the total cryptocurrency capitalization) has ticked up over the course of the month, from lows of 51% in early November to 53% today—highlighting bitcoin’s enduring appeal to investors and cryptocurrency miners. 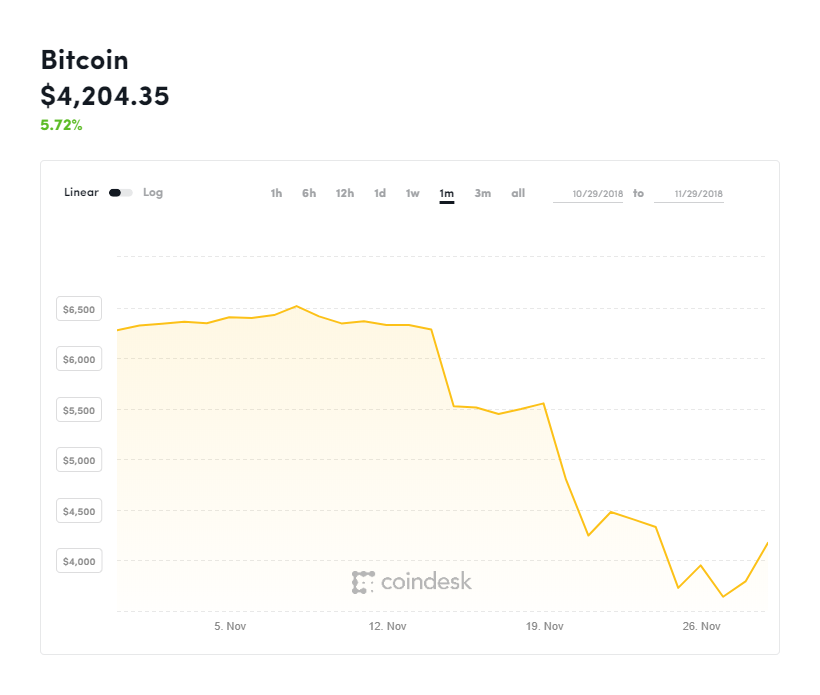 The bitcoin price moved sharply lower this month after months of stagnation.COINDESK

“Somehow bitcoin has lived in a swamp and survived,” Sprecher added. “There are thousands of other tokens that you could argue are better but yet bitcoin continues to survive, thrive and attract attention.

Elsewhere, the head of the U.S. Securities and Exchange Commission (SEC) earlier this week warned a much-anticipated bitcoin exchange-traded fund (ETF) is “unlikely” any time soon, dealing a blow to those who hope a bitcoin ETF is going to trigger a bull run next year.

If approved, a bitcoin ETF would mean people are able to buy into bitcoin without having to deal with clunky exchanges that often struggle with cumbersome regulation and lack of public trust.

In August this year, the SEC rejected nine applications for a bitcoin ETF.

Meanwhile, speaking at the same event as Sprecher, Kelly Loeffler, the chief executive officer of Bakkt who happens to married to the NYSE chairman, said: “We’re creating that infrastructure that doesn’t exist today, which we think is a big opportunity for institutional investors