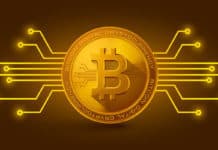 Bitcoin (BTC) made a successful attempt to break out the last 24 hours. It pierced straight through the near term resistances but was eventually stopped when the rally got over extended. However, it resulted in a major sentiment shift. The bulls that feared a fall to $3,000 or lower levels now felt confident that this was it and Bitcoin (BTC) is supposed to begin a new cycle now. Many of the investors waiting on the sidelines also jumped in which is why the price was able to move double digits within just one day. This is the first time in a long time that Bitcoin (BTC) has made a move like this. It was expected to deal a significant blow to the bearish resolve but ground reality suggests otherwise.

However, this kind of approach often works against most retail bears at times of a trend reversal. If the price falls continuously for a long time, the bears feel confident in taking sell positions. They keep expecting the price to fall which it does most of the time, until it does not. That is where the blood is spilled when the bears find themselves on the wrong side of the trade. As aforementioned, they are usually a lot more stubborn than bulls and thus less likely to cut their losses in time which results in them blowing their accounts during turning points most of the time. Any bulls or bears that take margin positions around turning points in a market are likely to become cannon fodder. This is because the reversal is not as simple as many would like to expect.

The whales are well aware of where such greedy bulls or bears would put their stop losses for their margin positions and they end up hitting those stop losses most of the time. This is why we see irregular movements prior to a trend reversal. BTC/USD is currently on the verge of a trend reversal but it is too early to take leveraged positions at this stage. This is because the market is not clearly bearish or bullish; it is at a point of reversal. Before Bitcoin (BTC) breaks through the $4,361 resistance it could very well go down towards a new yearly low even if it does not have to remain there for long.

If Bitcoin (BTC) has found a bottom and this is the reversal, it appears far too clean. The number of shorts is still piling up whereas the bulls are not confident enough. It is possible that the price could retrace back from current levels to lure in the bears one final time before it runs back into the resistance and forms a giant big candle above it after a massive short squeeze. The growing number of shorts on exchanges like Bitfinex and Bitmex are not going to come down before a move that puts them out of their comfort zones.