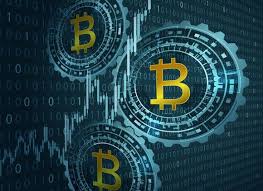 The Bitcoin bulls are back in control, with the largest cryptocurrency approaching its highest price of the year after breaching $13,000 for the first time in two weeks.

The digital asset gained for a third day to as high as $13,154, continuing its recovery from the drop that almost pushed it below $10,000 last week. It reached a more than 18-month high of $13,880 on June 26. Wednesday’s advance outpaced rival tokens including Ether and Litecoin. The Bloomberg Galaxy Crypto Index rose 1.5%.

An upswing in mainstream institutional interest in the blockchain and cryptocurrency industry has been cited by many proponents as having helped fuel the rebound in prices for Bitcoin and other digital assets after a 2018 slump and months of inactivity to start the year. Others, such as Tyler Winklevoss, the chief executive officer and co-founder of Gemini Trust Co., say that individual investors remain a key driver in the rally.

“It’s the first time where the little guy actually is there and has an advantage structurally because they don’t have the compliance, the legal departments holding them back,” Winklevoss said during a panel discussion in New York late Tuesday.

Even so, global bank Goldman Sachs Group Inc. is looking to develop a strategy for distributed ledge technology after Chief Executive Officer David Solomon said the firm is looking to develop it’s own digital coin for payments. Back in February, JPMorgan Chase & Co.’s announced the development of JPM Coin for its clients to use in cross-border payments.

Facebook Inc. unveiled a new coin in June for payments that is called Libra which the social-media company plans to launch next year.

Ongoing geopolitical instability and volatility in mainstream markets may also be a factor encouraging some investors to buy into the space as an alternative investment.

Facebook, facing stiff skepticism from lawmakers over its Libra project, published a letter seeking to mitigate concerns about the proposed cryptocurrency ahead of Congressional hearings next week. David Marcus, the executive leading Facebook’s Libra and blockchain efforts, is scheduled to testify before both committees.

“We want, and need, governments, central banks, regulators, non-profits, and other stakeholders at the table and value all of the feedback we have received,” Marcus wrote in the letter dated July 8.

The crypto rally comes amid a volatile trading season for the major cryptocurrency after it dropped nearly 21%, down to about $10,000 in value, in early July. The coin has oscillated between enormous gains and plunging losses with volatility levels highest since 2018 when the bubble was bursting. However, Bitcoin is still up 250% this year.