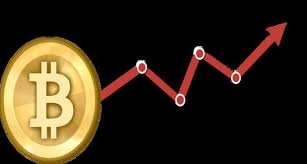 Bitcoin (BTC) has dropped sharply in the last 24 hours, however, the outlook remains bullish with prices holding well above key support near $9,600.

The top cryptocurrency by market value ran into a flood of offers near $13,200 yesterday and fell to a low of $11,164 on Bitstamp earlier today.

While there is no concrete evidence to link bitcoin’s drop with Powell’s comments, the price action does paint a picture that indicates the sell-off was triggered by Powell’s remarks.

That said, the bulls were already looking tired, having faced multiple rejections above $13,100 ahead of Powell’s testimony, as noted by CoinDesk Markets, meaning the pullback was expected. Powell’s remarks may have ended up deepening the price slide.

Looking forward, the outlook will remain bullish as long as the price is held above the higher low of $9,615 created on July 2. Renowned crypto market analyst Tone Vays mentioned $10,000 as the level to defend for the bulls.

BTC created a bearish outside day candle on Wednesday, which occurs when the day begins with buyers in control only to end on a bearish note, engulfing the high and low of the preceding day.

A bearish outside day is widely considered an early warning of a bullish-to-bearish trend change. The reversal, however, is confirmed only if prices close below the candle’s low on the following day.

The focus, therefore, is on today’s UTC close. The bearish outside day pattern would gain credence if prices print a close below $11,550.

That would shift risk in favor of a drop to the bullish higher low of $9,615 (July 2 low). The outlook would turn bearish only if and when the price finds acceptance below that level.

BTC, however, could close well above $11,550 today as the pullback seen in the last 24 hours has taken the shape of a bullish reversal pattern, as seen in the chart below.

BTC looks to have created a falling wedge pattern, which comprises of contracting trendlines connecting lower highs and lower lows.

The contraction of the range indicates sellers are losing steam. As a result, a wedge breakout is considered a bullish reversal pattern.

A high-volume break above the upper edge of the wedge, currently at $11,500 would confirm a breakout and allow a rally back to immediate resistance at $12,200 (horizontal line). A violation there would expose Wednesday’s high of $13,200.