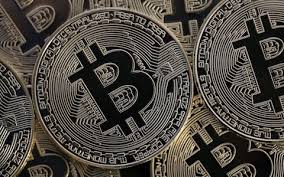 The cryptocurrency industry has recently been flooded with positive news about the possible adoption of the technology. Yesterday, the CEO of Twitter, Jack Dorsey, was seen in Nigeria and Ghana, discussing the possibility of Bitcoin adoption.

The Bitcoin price, however, has failed to increase as a result of the positive news.

The price has been decreasing since reaching a high of $13,764 on June 26. If the Bitcoin price follows a similar pattern to the two previous corrections in 2012 and 2016, respectively, it will reach a higher high on January/February 2020.

Cryptocurrency trader @IamCryptoWolf stated that corrections after the first upward move following a bear market take roughly 200 days to be completed. Therefore, we have a few months left in the current one for a new high to be reached.

One of the reason i don’t expect a new high anytime soon in bitcoin is the lack of time in this correction.
History has proven that every reversal rally was then followed by a correction of 189 – 203 days before breaking its previous high.
Currently at only 45 days correction

Remember when everyone was calling for new highs? I do. We are now at 138 days correction, still expect boring months ahead 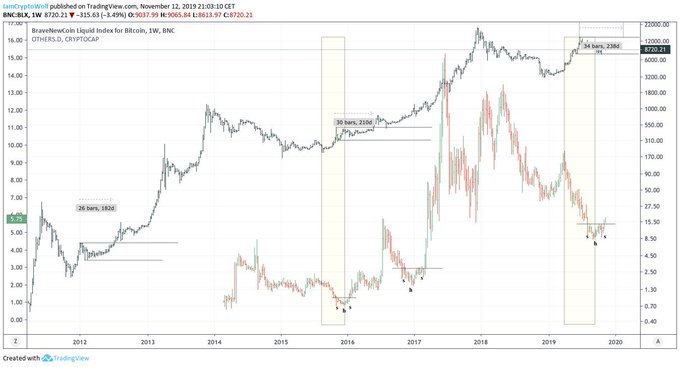 16 people are talking about this

The two previous corrections lasted 184 and 206 days, respectively. Let’s take a closer look at the Bitcoin price and see if any more patterns emerge.

On November 18, 2011, the Bitcoin price began an upward move from $2.02 to an eventual high of $7.19. Afterward, a 184-day correction ensued. The price broke out from a descending resistance line, before validating it as support and moving upward.

During this movement, the Bitcoin price was trading above the 200-day moving average (MA). A bearish cross between the 100- and 200-day MAs was very close to occurring — but it was rejected as the price continued moving upward.

Afterward, a 206-day correction ensued — transpiring in the form of an ascending triangle. During this movement, the Bitcoin price was continuously above the 200-day MA. Similar to the 2012 movement, a bearish cross was close to occurring, but it was rejected and the price broke out after 206 days.

The Bitcoin price reached a low of $3148 on December 14 — before beginning an upward move and eventually reaching a high of $13,764. It has been decreasing since.

On October 25, it broke out from the descending wedge it had been trading it. Afterward, it validated the resistance line as support. This is akin to the 2012 movement.

The 100- and 200-day MAs are close to making a bearish cross. If this correction follows the two previous ones, this cross will be rejected and the Bitcoin price will continue moving upward.

Disclaimer: This article is not trading advice and should not be construed as such. Always consult a trained financial professional before investing in cryptocurrencies, as the market is particularly volatile.