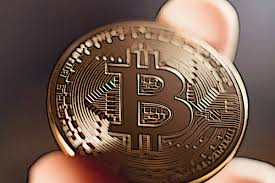 Bitcoin, cryptocurrency, and blockchain awareness got a big boost from bitcoin’s epic 2017 bull run, which has been furthered by some of the world’s biggest technology companies jumping into bitcoin and crypto.

The bitcoin price, although it remains far under the near $20,000 per bitcoin it reached in late 2017, has rebounded strongly this year, rising some 200% and helping bitcoin and crypto back into the mainstream conversation.

Yang, who is heavily campaining on the risks of automation to the economy, has promised to implement a blockchain-based mobile voting system if he wins upcoming U.S. presidential election.

“It’s ridiculous that in 2020 we are still standing in line for hours to vote in antiquated voting booths,” Yang wrote on his campaign website.

“It is 100% technically possible to have fraud-proof voting on our mobile phones today using the blockchain. This would revolutionize true democracy and increase participation to include all Americans—those without smartphones could use the legacy system and lines would be very short.”