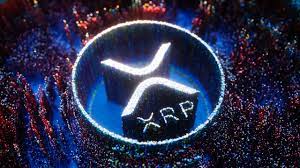 XRP price action on the weekly chart looks depressing if you’re a bull but magical if you’re a bear. No matter which way you want to look at it, XRP’s chart is bearish and warns of a massive collapse unless bulls come in and reverse the current setup.

With any triangle pattern, some behaviors are expected. The universal behavior is that any breakout from a triangle often occurs within the final third of the pattern – which is where XRP price is currently at.

Upon any successful close below the descending triangle, XRP price could flash crash to the 2020 Volume Point of control at $0.25. However, there is a possibility that a major fakeout may develop instead.

Below the bottom of the descending triangle is the 2021 Volume Point of Control at $0.48. A high-volume node from 2020 is also in the $0.48 value area. Another reason for the major fakeout and bear trap is the presence of a Kumo Twist.

Kumo Twists in the Ichimoku system can often identify where new swing highs and lows may form – especially if an instrument has been trending into the Kumo Twist. 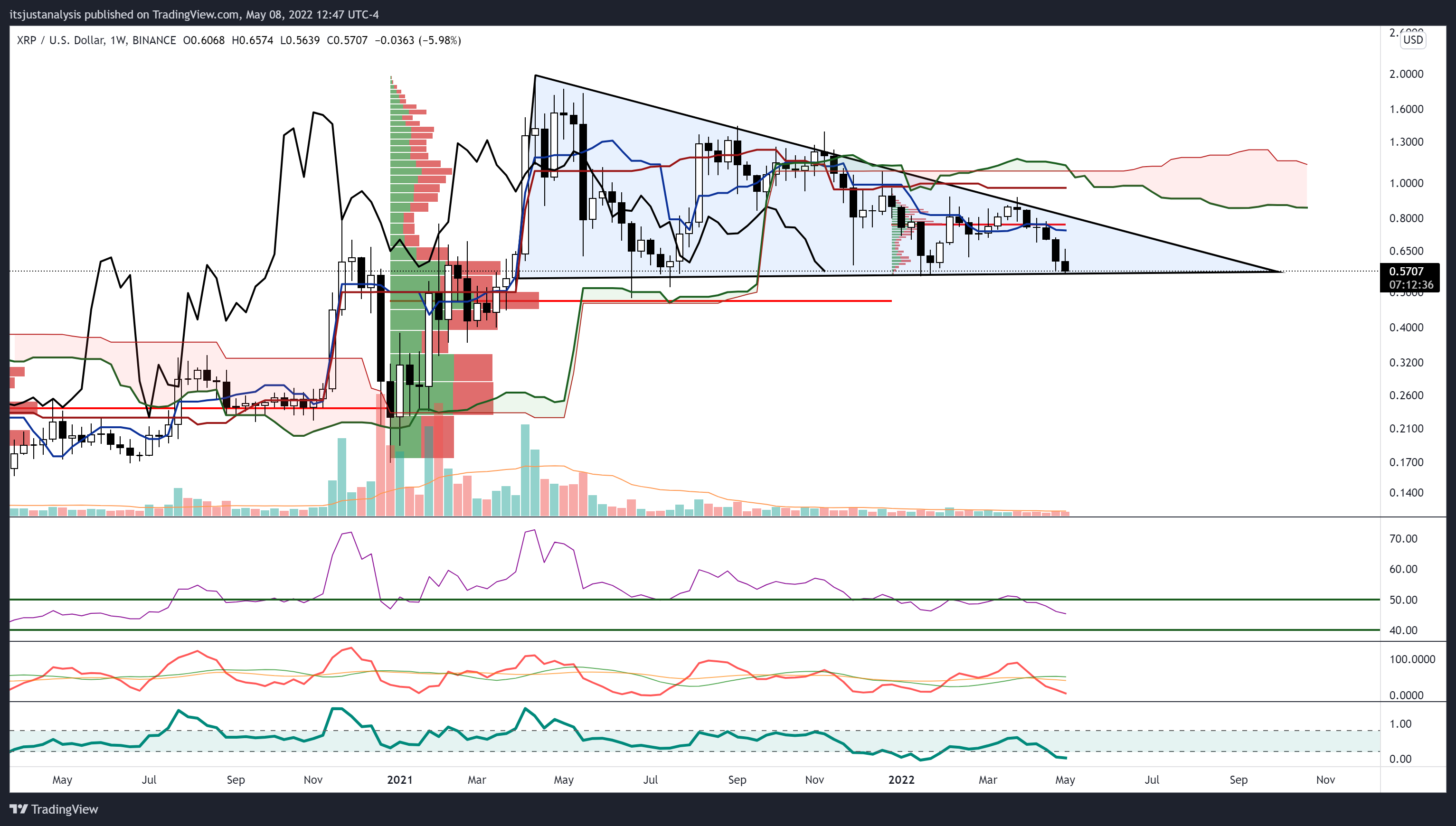 False breakouts from triangle patterns are very common. Most conservative pattern traders ignore the initial breakout from a triangle and wait for the retest to confirm the breakout or capitalize on the trap that forms when price returns inside the triangle and moves to the inverse of the original breakout. In that scenario, XRP price would be well on its way to retest the $0.75 and $1.00 value area.