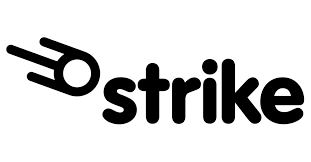 Competition between bitcoin and cryptocurrency exchanges is heating up as millions of new users flock to crypto following huge price rises this year.

The bitcoin price, after soaring to around $65,000 per bitcoin in April, has fallen sharply but the likes of San Francisco-based Coinbase continue to make millions in transaction fees.

Now, Jack Mallers, the chief executive of Chicago-based bitcoin payments company Strike, has warned that Coinbase is not “competing in the free market”—announcing Strike will let U.S. customers buy and sell bitcoin for almost no fees.

“It’s unclear if Coinbase can attempt to compete on fees, even if they wanted to,” Mallers, who recently found fame among the bitcoin and cryptocurrency community when it was announced Strike would be working with the El Salvador government to bring mass bitcoin payments to the country, wrote in a blog post.

Mallers, who’s also the CEO of Strike’s parent company Zap Technologies, warned that bitcoin-buyers using Coinbase are paying to “help subsidize the rest of [Coinbase’s] efforts” with other cryptocurrencies, asking how can Coinbase afford this “customer acquisition?”

“Well, probably because they overcharge users to acquire bitcoin. Make no mistake, when you buy bitcoin on Coinbase, you are supporting sh*tcoins,” Mallers wrote, using a term adopted by so-called bitcoin maximalists who think cryptocurrencies other than bitcoin are worthless, and pointing to a quote from Coinbase chief financial officer Alesia Haas who said Coinbase is “not trying to win on fees.”

This week, chief executive Brian Armstrong detailed plans to launch a marketplace for decentralized apps, a project seemingly inspired by Apple’s App Store, and accelerate the pace it adds digital assets. The exchange will “bring more assets to Coinbase, faster,” Armstrong wrote in a blog post.

Coinbase, the largest U.S. cryptocurrency exchange with 56 million verified users and $223 billion in assets, became the first crypto exchange to go public in April, listing its shares directly on the Nasdaq. In May, Coinbase said it brought in $1.8 billion in revenue during the first three months of the year, up from $191 million in the same period a year ago while profits jumped to $771 million from $32 million—almost entirely from trading fees.