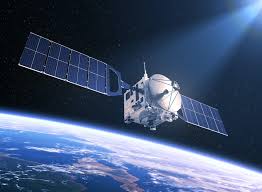 Venezuela has its first Bitcoin satellite node capable of processing transactions without an internet connection.

The Venezuelan “space node” was set up in the country by Anibal Garrido and the Anibal Cripto team. It uses technology from Blockstream, which contracts satellites—in this case, EUTELSAT-113—to broadcast data between points via offline connections. That’s huge in a country where internet infrastructure is lacking.

“We started in Venezuela because of the obvious connectivity problems and Cryptobuyer is always looking for a way to be resilient to these kinds of problems by anticipating any possible contingency,” CEO Jorge Farias told Decrypt.

The node on the ground “receives the data packet via satellite, directly from the connection provided by Blockstream,” Anibal Garrido explained to Decrypt. Garrido added that he hopes to expand access by deploying something akin to a mesh network that can broadcast data between various devices.

The node antenna, deployed in Valencia, is the first of three. The other two will be deployed in the capital city, Caracas, and Puerto Ordaz. Cryptobuyer chose Valencia because it is an industrialized city but doesn’t have many tall buildings that could block the signal.

This would be the first stage of an ambitious project that could help increase Bitcoin’s usability in a country with below-average technological infrastructure. Internet speeds in Venezuela are some of the slowest on the continent. Electricity service has also been known to fail, leaving large chunks of the country without power.

Could this antenna make it possible to pay with Bitcoin in remote areas or in the event of an internet failure? Farias thinks so. He pointed out that that is why they are looking to deploy a mesh system that communicates with the Blockstream satellite:

“We use a P2P network that uses some USB devices that are already in Venezuela. Soon we will deploy these devices with coverage of about four kilometers each.”

But beyond the pragmatism, Anibal considers Venezuela a breeding ground for actualizing Satoshi Nakamoto’s vision.

“This project seeks to demonstrate the character of the Bitcoin protocol: Open nature, without restrictions and without borders,” he said. “Consequently, Venezuela is a pioneer in Latin America and the world in the use and application of this type of technology that is not imposed by decree or force.”

Despite its political and economic problems, Venezuela ranks first among all Latin countries in cryptocurrency adoption. One can only imagine how much Bitcoin could grow now that it can bypass the internet.