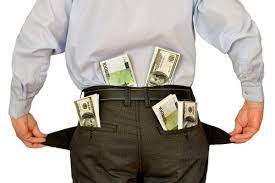 In a new video, the Coin Bureau host known simply as Guy tells his one million subscribers that he’s noticing an influx of new capital into Livepeer (LPT), through digital asset management giant Grayscale’s Livepeer Trust.

Livepeer is a decentralized, blockchain-powered video streaming platform on the Ethereum network. The project aims to introduce blockchain and decentralization to the growing streaming and live broadcasting industry, similar to its competitor Theta Network (THETA). LPT is Livepeer’s protocol token but not the platform’s medium of exchange, according to its whitepaper.

Despite having tens of millions of dollars thrown at it in recent months, Guy points out that LPT has gone relatively unnoticed by the crypto space. According to him, traders should keep a close watch on the crypto asset.

I find it seriously impressive that Livepeer has gotten as far as it has with such a small amount of funding. It has a functioning product with a decent amount of participation and clout in the crypto space, and the project is really just getting started. When going through Livepeer’s previous milestones and roadmaps, I couldn’t help but notice that they’ve stuck to the plan since the project began back in 2017. This makes Livepeer’s future promises that much more credibl,e and it’s clear that big players are starting to see the potential of this protocol.”

The analyst notes that the general demand for LPT is consistently grinding up even after its 1,100% ascent in the last year, according to CoinGecko. The closely-followed analyst adds that a massive rally for LPT may be on the horizon.

“You can clearly see the general trend for these metrics is certainly moving in the right direction. If this continues, I could see LPT pulling a 10x from its current price. And that’s because it has such a small market cap and no whales [are] waiting to dump their LPT.”