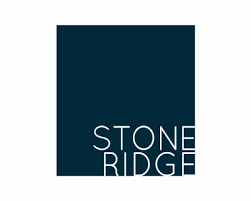 In mid-October, Stone Ridge Holdings Group, an asset management company with $10 billion worth of assets under its belt, revealed that it had bought 10,000 Bitcoin (BTC), currently worth over $162 million, as part of its treasury reserve strategy.

During The Breakdown podcast today, Stone Ridge co-founder Robby Gutmann shed some light on factors that led to this decision.

The fragility of fiat systems

Speaking about Stone Ridge’s long journey to Bitcoin, he started on a personal level. According to Gutmann, there are “three flavors of crypto nerd”—and he can relate to all of them.

The first “flavor” is cultural. People with this mindset usually have firsthand experience with the fragility of monetary systems and regimes. Guttman’s family learned about this the hard way when hyperinflation in Nazi Germany destroyed all of his grandfather’s wealth. This makes people appreciate freedoms—and shows what happens when they go away, Guttman noted.

Another “flavor” is timing. In the case of Stone Ridge’s CEO, those are the people who saw “the world before the Internet.” The transformative power of open-source networks—and Bitcoin is the perfect example of this—fascinated people, and this fascination translated to cryptocurrencies today.The final “flavor” is professional experience. Working at Wall Street, Gutmann knew all too well about the “made-upness” of fiat monetary systems, he said, yet this “shared illusion that we all buy into” is what keeps the world spinning. And the financial crisis of 2008 clearly demonstrated how fragile these made-up systems could be.

“For me, it’s the intersection of those three things—the timing, the culture and the professional experience—that really just yield this absolute fundamental fascination with the idea of an open-source monetary system,” he said, adding, “As an alternative, at least from my perspective, not a replacement for any of the fiat systems we have today.”

Long time in the making

Guttman explained that a lot of people at Stone Ridge share similar mindsets and “have some flavor of that same genesis of personal interest in Bitcoin.” And while the company was considering investing in Bitcoin since around 2015, no clear decision had been made for some time. As Stone Ridge developed, they “were trying lots of different things and most of them were not working.”

“Given our personal interest in Bitcoin, the idea of launching a cryptocurrency fund, or a Bitcoin fund, had been on the list from the very beginning. It hadn’t really gotten prioritized, and before it did, actually, I’d say late 2015–early 2016, we found ourselves just talking a lot about it,” Guttman said, noting that “What we really found is that there was a mismatch between how much we were talking about it and how much exposure we had to the idea.”

NYDIG Custodies Over $1 Billion in Bitcoin and Cryptocurrency

New York Digital Investment Group (NYDIG), a crypto-focused subsidiary of Stone Ridge, revealed today that it currently custodies around $114 million in Bitcoin (BTC) for its parent company, a..

At some point, he explained, a decision had to be made: either “stop talking about Bitcoin,” or get exposed to it. As we know now, the company chose the latter. Still, at the time, there was no infrastructure or major custodial services, so Stone Ridge had to build its own.

Guttman also noted that there are currently “three really observable distinct trends” that signify the Bitcoin investment market is about to accelerate even further.

First, more and more fiduciaries are making allocations on behalf of their clients as opposed to making personal investments—and that “picked up somewhere between ten and hundredfold.”

Another trend is the growing demand for more sophisticated financial products beyond the basic “I wanna buy some Bitcoin and hold on to it,” Gutmann explained.

Finally, he outlined a dramatic shift in the tone of existing financial institutions, with increasingly more of them looking to offer Bitcoin or Bitcoin-adjacent products to their clients.

The New York Digital Investment Group (NYDIG) raised $140 million in a Bitcoin investment fund ahead of the Bitcoin halving. As per SEC documents, the fund, titled the NYDIG Bitcoin Yield Enha…

“The tone has really shifted, in our experience, from kind of idle conversation to ‘we really gonna do something’—all the way to banks offering consumer products. And what drove that shift, for the banks at least, I would certainly highlight the recent OCC guidance,” Gutmann explained, adding “I really applaud the OCC for issuing that guidance and removing that doubt.”

As Decrypt reported, the Office of the Comptroller of the Currency (OCC), which is part of the US Department of the Treasury, published an interpretive letter, reassuring national banks and federal savings associations that they can hold reserves for stablecoin issuers.

“The idea of having an open-source technology-based alternative [to monetary systems] that individual agents—as a human, as a citizen—can proactively opt into, can vote with his or her day’s labor, that’s just an idea that never really existed before in human history,” Guttman noted.