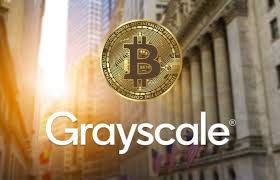 Grayscale is not ruling out seeking legal action against the Securities and Exchange Commission if the agency continues to prohibit the launch of a spot cryptocurrency ETF, CEO Michael Sonnenshein said.

“I think all options are on the table,” Sonnenshein said during an interview with Bloomberg Monday when asked if Grayscale would consider an Administrative Procedure Act lawsuit if their application to convert the Grayscale Bitcoin Trust (GBTC) into an ETF is denied.

The world’s largest digital currency asset manager first filed to convert its flagship trust, which is inferior to the currently prohibited spot bitcoin ETF structure, Sonnenshein said, in April 2021. Since, the SEC has approved the first futures-backed bitcoin funds, but all applications for a spot product continue to be delayed.

“The Grayscale team has been putting the full resources of our firm behind converting GBTC, our flagship fund, into an ETF,” Sonnenshein said. “It’s really important that investors know that we have and will continue to advocate for them.”

The SEC is currently seeking public comment on whether to approve a bitcoin spot ETF. The regulator has given issuers, investors and other interested parties 240 days to submit input; the period closes in early July.

Grayscale has been encouraging investors to submit comments, even creating an education page and email form on its website.

“This is a really, really important part of the process,” Sonnenshein said.

“GBTC today is owned by investors in all 50 states, and there’s actually now over 800,000 accounts in the US all waiting patiently to have it converted into an ETF.”

The SEC has cited concern about market manipulation as the main hurdle to approving a spot product.

“When reviewing bitcoin spot ETPs, the commission must apply all the standards of the Exchange Act, which it has followed in connection with its orders considering previous proposals to list bitcoin spot ETPs,” SEC Chair Gary Gensler wrote in a recent letter.

“In particular, the commission must consider if the bitcoin spot ETP proposal is designed to prevent fraudulent and manipulative acts and practices.”

Despite the lengthy regulatory process, Sonnenshein insisted that the team at Grayscale remains confident that the conversion to an ETF will happen eventually.

“Ultimately, we believe it’s a matter of when not a matter of if a spot Bitcoin ETF is approved,” he said.