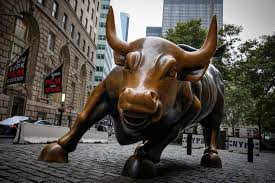 Such market conditions suggest that a bullish breakout might be underway.

Bitcoin has shaken some of the so-called “weak hands” out of the market as it continues to trade within a tight price pocket with no clear direction. Still, on-chain data show that the odds favor the bulls.

Market participants appear to be growing impatient as Bitcoin has remained stagnant over the past two weeks.

The flagship cryptocurrency has been mostly consolidating between $60,000 and $63,600 since Oct. 21 without providing any clear signals of where it will head next. Regardless, transaction history shows that BTC sits on top of stable support and below a thin resistance barrier.

Based on IntoTheBlock’s In/Out of the Money Around Price (IOMAP) model, bears would have a difficult time pushing prices lower despite the ongoing consolidation. More than 1.67 million addresses have previously purchased nearly 1 million BTC between $60,760 and $62,590.

Such a significant demand wall could absorb any spike in downward pressure as holders might do anything to prevent their investments from going “Out of the Money.” They may even buy more tokens at every downswing, which could help propel Bitcoin higher.

The IOMAP cohorts also show nothing that might impede the pioneer cryptocurrency from re-entering price discovery mode if buy orders pile up. Based on the recent price action, the only considerable area of resistance ahead of Bitcoin appears to be at $63,600.

While transaction history does not show much supply around this price level, a decisive daily candlestick close above it will all but confirm a potential upswing to a new all-time high.

It is worth noting that despite the significance of the demand wall that lies underneath Bitcoin, investors must be prepared for any FUD (fear, uncertainty, and doubt) event that might put the bullish outlook on hold. A substantial spike in selling pressure that pushes BTC below $60,760 could result in a correction.

Under such unique circumstances, the bellwether cryptocurrency might drop toward $56,000.