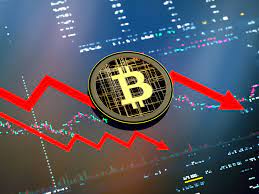 How low can Bitcoin go?

Market analysts, including the BitMEX co-founder Arthur Hayes and the co-founder of Mobius Capital Partners Mark Mobius, said the next target for Bitcoin is $10,000, which, if the prediction is realized, would inflict more pain on the already suffering industry.

Shockwaves weeks after the collapse of the FTX crypto exchange are still being felt, with lending firm BlockFi the latest victim of the spreading contagion on Monday

Other high-profile entities, such as Genesis Global and Gemini, found themselves under increased pressure as well, fueling concerns of more casualties in the market.

Still, one of the heaviest blows recent events delivered was the shattered trust in the entire crypto industry. This, naturally, has had a negative impact on the price of Bitcoin (BTC), which plunged from above $21,000 at the beginning of the month to the current level of slightly above $16,000.

But is that really all gloom and doom for the world’s leading cryptocurrency?

“Bitcoin seems to have found a support level post-FTX collapse at about $16,000. That said, we are actively tracking the fallout from FTX—specifically, the potential Genesis bankruptcy and further ripple effects from that,” head of research Zhong Yang Chan at CoinGecko told Decrypt.

Another closely monitored area, according to Yang Chan, is “a developing situation” of Bitcoin miners selling down their reserves for cash flow.

“On a broader scale, the continued challenging macroeconomic environment, as well as geopolitical conflict in Ukraine, may cause further volatility for BTC in the near future,” he added.

Juan Pellicer, the head of research at IntoTheBlock, appears to be more optimistic, saying that a “rapid fall to the $10,000 to $12,000 level seems extreme unless a very negative catalyst emerges.”

“I believe the overall sentiment is that there is a more upside chance than downside, but it might take a long bear market of 12-24 months to renew trust in investors and digest the impact that these large bankruptcies are having overall on the sector,” Pellicer told Decrypt.

According to him, “the store of value thesis of Bitcoin is more valid than ever, and long-term Hodlers are taking advantage of this, accumulating at a rapid rate.”

As data provided by IntoTheBlock shows, Bitcoin addresses that have been holding for more than a year are currently at an all-time high, accounting for a total balance of 13.79 million BTC (about $225.8 billion in current prices).

The current macroeconomic environment is another factor to take into consideration, opined Jason Pagoulatos, markets analyst at Delphi Digital, although he said he had personally targeted the $9,000 to $12,000 range for many months.

“Macro wise, this is the worst backdrop in over 50 years, combining many of the previous economic crises factors—inflation, energy, tech values, home values—into a single year,” Pagoulatos told Decrypt, adding that there’ll be no sustained relief in crypto “until the macro tides reverse.”

According to Pagoulatos, different cycles can historically take long, and you can’t simply “unwind 14 years of monetary policy in 12 months.”

”Liquidity runs the world and is the biggest driver of asset prices across the board. Until liquidity conditions recover, it’ll be tough,” he said.

Bitcoin, Ethereum, and the wider digital asset market dipped Monday along with global stocks as investors seemingly spooked by uncertainty around China due to anti-lockdown protests sold risk …

He believes that the Federal Reserve, which was holding the federal funds rate at around zero as recently as Q1 2022 but has hiked interest rates six times since then, is likely to pivot away from its tightening policy at some point next year, likely by the end of the second quarter.

This would boost liquidity conditions more generally; however, as Pagoulatos warned, “historically equity markets tend to have their final leg down after a pivot is implemented, before reversing.”

“Interestingly, the story of 2022 was the inflation story, and 2023, I think, will be the recession story,” had added, pointing to the fact that this year the Fed has been tightening at the fastest pace in history.

According to the Delphi Digital analyst, there’s a solid chance that risk assets will have a strong second half of 2023.

The more important issue—and a longer-term one—is where inflation will be when this pivot comes, and whether it will go cool once the pivot is implemented