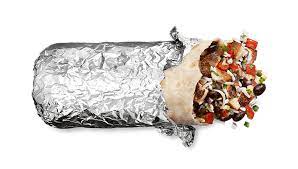 Customers at Chipotle will now be able to pay for their burritos with cryptocurrencies, including bitcoin, ether, and dogecoin, in a move that could help crypto become more mainstream, according to trade publication Restaurant Business. But there’s just one important caveat: Chipotle will accept the crypto through a payments system called Flexa, which is far from the decentralized technology that crypto supporters have promised for over a decade.

Flexa announced the arrangement with Chipotle in a blog post on Wednesday and one Twitter user in Florida even posted a video yesterday showing how the process works.

“We are constantly exploring innovation that will enhance our guest experience, and that includes now accepting digital currency payments with Flexa in Chipotle’s U.S. restaurants,” Curt Garner, Chief Technology Officer at Chipotle, told Gizmodo in a statement via email.

Customers who want to pay for their burrito bowls with crypto will first need to download Flexa’s SPEDN app or the Gemini app. Then they can connect their digital wallet from apps like Metamask or Coinbase, which house their digital currencies or stablecoins. If you don’t know what any of that means, you probably see why crypto payments have yet to go mainstream. But it’s still significant that such a large national chain is dipping its toe in the crypto water.

There’s also the issue that, technically, customers aren’t really even paying with crypto in the way it was envisioned—as a peer-to-peer system, completely decentralized. Flexa is a very centralized workaround for paying with crypto and facilitates paying retailers like Chipotle in either fiat currency or cryptocurrency. And while we don’t know for sure yet, we’d guess Chipotle has opted to take cold hard American cash from Flexa. Tesla kept bitcoin on its books for a while, but that was likely just a way to make it look profitable for a quarter

The biggest argument against widespread adoption of crypto payments is the fact that prices are far too volatile. Bitcoin’s price is currently down 5.17% from 24 hours ago. If you believe the price of bitcoin is going to recover and go up significantly in the coming days, why would you want to spend that bitcoin right now on a burrito? You might be able to buy two burritos for the same amount of bitcoin next week. Or maybe you’ll be able to buy an entire Chipotle store a decade from now, provided the crypto optimists are correct. Why waste that on food, like the guy who bought two pizzas for 10,000 bitcoins back in 2010? That much bitcoin is now worth over $300 million.

Twitter users have also reported they failed to get Flexa’s apps to work at Chipotle on Wednesday, with one person in New York saying no one at the restaurant knew how to let them pay in that way. Another user helpfully suggested that cashiers need to select “gift card” in the payment options menu before customers can pay using the Flexa system.

They’re still getting the kinks worked out, obviously, but theoretically it shouldn’t be too difficult as long as Flexa is taking all the risk by accepting the crypto, and guaranteeing real money to Chipotle in the process. Flexa is even offering 10% off for users the next time they order something from the fast-casual chain.

Go ahead and get the guac. You can tell them you know it’s extra. But you made a killing with Magic Internet Money. (Yes, that’s a real coin you can pay with through Flexa.)