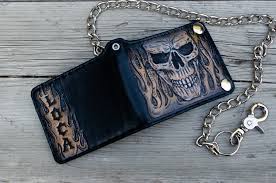 A bitcoin wallet that has been dormant since the time that the cryptocurrency’s anonymous creator was still active online has suddenly activated.

The wallet was last used on 17 May, 2010, less than one year before the pseudonymous Satoshi Nakamoto sent their final emails to fellow crypto developers.

The 50 bitcoins contained within the wallet were worth less than $4 when they were last used 11 years ago. Bitcoin’s astonishing price gains since then mean the funds are now worth more than $3 million at today’s rates.

The semi-anonymous nature of bitcoin means it is possible to track transactions on the public blockchain, however it is not possible to link them to an individual or group

It is not the first time a so-called “sleeping whale” has awoken this year, with a similar sum from the same time period moved back in July.

The 50 bitcoins acquired at that time come from the mining reward size, which was 50 BTC per block at that time.

Bitcoin’s underlying technology means only 21 million bitcoins will ever exist, however several million have been stuck in decades-old wallets whose access keys may have been lost or forgotten forever.