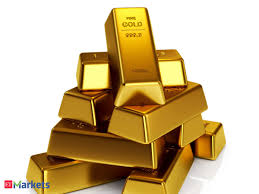 Bitcoin showed its luster during the first half of 2020 by rallying more than 27% percent amid mediocre returns from precious metals including gold, silver and platinum.

Bitcoin’s strong performance is no shock to some analysts, especially in context of the benchmark cryptocurrency’s increasing correlation with equity markets. “Given that equities are now near, or in some cases above, their highs reached in February, it’s not surprising to see bitcoin do the same,” said Ryan Watkins, bitcoin analyst at Messari.

Why compare returns from bitcoin to gold or other precious metals? “Gold is bitcoin’s most aspirational asset,” explained Watkins. “Like bitcoin, gold is a scarce commodity whose value is derived almost entirely from its monetary premium.”

Unlike gold, however, bitcoin investors have historically experienced more extreme volatility. Silver and platinum were also much more volatile than gold through the first half of 2020.

Bitcoin and gold could be seen more like complementary investments than competitives ones based on their performance over the past six months, said David Lifchitz, managing partner at Paris-based quantitative cryptocurrency trading firm ExoAlpha. Given bitcoin’s historic volatility, holding “digital and physical gold together” could provide a better risk-return profile than holding either of them individually, said Lifchitz.

Investors typically adjust their portfolios based on the amount of risk required to achieve a certain return. Increased returns often bring with it higher volatility or risk. Depending on how assets correlate, though, a properly weighted portfolio can achieve a higher expected return with a lower level of risk than would be found in a portfolio containing just one asset.

Investing in bitcoin and the less-volatile gold during the first half of 2020 could have reduced an investor’s risk without sacrificing returns, Lifchitz told CoinDesk. Equal investments in gold and bitcoin, for example, could have more or less matched returns from an investment only in bitcoin while suffering less of a drawdown in March, Lifchitz explained.

But risk-adjusted returns from bitcoin and gold over the last six months “may not hold true going forward,” said Lifchitz. For one thing, the cryptocurrency market has grown eerily quiet over the past few weeks as bitcoin’s volatility has plummeted.

A Bloomberg July report on bitcoin noted bitcoin’s 260-day volatility is “at the lowest versus the same gold-risk measure since the crypto asset’s parabolic 2017 rally.” Senior commodity strategist Mike McGlone, who authored the report, said, “Volatility should continue declining as bitcoin extends its transition to the crypto equivalent of gold from a highly speculative asset.”

Bitcoin’s dropping volatility to historic lows could quickly change directions, however. McGlone described bitcoin as a “resting bull” ready for a breakout, adding, “We expect recent compression to be resolved via higher prices.”