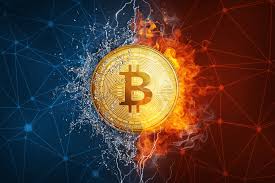 Bitcoin hit a milestone today that gets the world ever closer to the moment when the final new bitcoin will enter the world — the supply of coins broke 19 million.

Why it matters: Bitcoin was created to be money with a fixed supply that no one can change. It launched amidst The Great Recession, when governments were issuing lots of new money to help ease the economic pain.

Catch up quick: The first bitcoin were mined in 2009, at the height of the great recession.

Yes, but: It’s debatable whether or not the real supply is actually 19 million. Lots of bitcoin have been lost for various reasons — maybe as much as 20%, the trouble is, there is no way to know exactly how much.

Details: Bitcoin’s price today is $45,582. The news is unlikely to have particular impact on the price.

The next network-level event likely to impact price is the next time the block reward drops in half, which will happen in a little over two years.

What’s next? The 18 millionth bitcoin was mined in 2019, but the 21 millionth won’t be mined until roughly 2140, provided the network sticks to the plan. That’s because every four years the emission schedule drops in half.