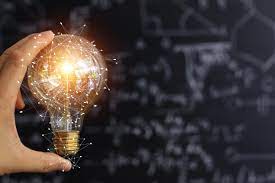 For millions, bitcoin equates to hope — for others, it’s an end to centralized control of people’s money — and for some it’s both. I was introduced to Bitcoin in 2017 by a work colleague who stated this technology would be the future of money, but I didn’t understand much about it at the time. It’s hard to understand the conviction needed to survive the roller coaster ride and the subsequent rabbit hole that is Bitcoin until you take a minimum of one hundred hours researching as much information about it as you can. Distributed computing, also known as the internet, has opened up new ideas and applications. Bitcoin is distributing transfers of value in a way never before seen in human history.

Wages nationwide are stagnant, but the cost of living is increasing every year. Why do financial institutions always get bailed out? Why have education, healthcare, and rent become so expensive? Why is wealth inequality continually getting worse despite the government spending more on social programs? It’s because the monetary system is broken and based on a fiat currency debt-based structure.

At one point in the past saving cash in the bank made sense and allowed you to build wealth. Saving cash in the bank now gives such little yield on interest it’s virtually pointless to keep it there. This can’t be what the American dream is all about, and is a clear sign the monetary system needs a major upgrade. I had to find something that would store my monetary energy securely. That’s when I started seriously focusing on bitcoin. Money is energy and energy brings value. You work a job and expend some energy doing so and the reward for that is a paycheck with a sum of money attached to it. Millions across the globe are also running toward bitcoin as a form of monetary sovereignty, not just Americans.

Bitcoin is bringing people from all walks of life into a paradigm shift that will make the world look at money differently, but fixing the money is one aspect of a fundamental change in the approach that bitcoin will achieve. Currently, most people are buying Bitcoin to get rich or as protection from inflation but that is just a superficial layer. Bitcoin buys you freedom and gives you power over your money, and ultimately the freedom to live life on your terms. That different outlook will remove fear, greed, corruption and increase the betterment of humanity on a global scale. As the bitcoin manifesto goes, “fix the money and you fix the world.”

One of the most beautiful things about bitcoin is that once I began to learn about it, I also subsequently learned economics, computer science, math, philosophy, political science, history, and physics. Those are all schools of thought that transcend gender, race, religion, or culture. As adoption becomes more ubiquitous it will spark these new ways of thinking, and transform the state of mind of “bitcoin standard” participants such as myself worldwide. Bitcoin is multi-layered and multi-functional. Whether it’s mined, hodled, spent day to day, or leveraged. It is sound money and lives in the minds of those that believe in it with conviction. Investing in something everybody needs, few understand and you can’t stop the technological innovation of, is the bitcoin game theory coming full circle.

The forefront of this paradigm-shifting technology is that the Bitcoin network isn’t controlled by any one country, government entity, or person. It’s decentralized, meaning it can’t be corrupted or controlled, and that is a beautiful thing. As fiat money continues to be printed bitcoin will continue to give traditionally disenfranchised people a chance to “get in” by utilizing the network effect, obtaining wealth and most importantly harnessing a different way of thinking. What we are witnessing is the collapse of the welfare state and the birth of sovereignty via the bitcoin standard.

The gold standard will be an anachronism to the bitcoin standard. In the same way, the industrial way of thinking will be an anachronism to the informational or digital way of thinking. The future comes faster than you think and it’s only a matter of time before bitcoin creates a monetary revolution in conjunction with a mental shift for the entire world. This disruption forced me to think outside the box about the present and future use of money, and disruption creates the perfect recipe for hyperbitcoinization.

Bitcoin is Satoshi’s solution to a problem that the entire world faces. Digitized encryption has unleashed an idea that has sparked inspiration in the hearts and minds of millions and soon billions of people. It transcends money because it is an idea that cannot be put back into the box. If Bitcoin hasn’t opened a new neural pathway in your mental approach to asset scarcity, financial freedom and a store of value you haven’t done enough research. The good part is there are now tons of ways to learn about this transformative technology on your path to becoming orange-pilled.

This is a guest post by Dawdu M. Amantanah. Opinions expressed are entirely their own