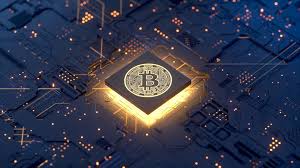 Bitcoin and Ethereum jumped Tuesday along with stocks on positive news coming out of the U.S. about inflation.

At the time of writing, the biggest cryptocurrency by market cap was up 3.4% in 24 hours, trading for $17,014, according to CoinGecko.

The coin is still down over 17% in the past week after the entire crypto market was battered on news of the high-profile collapse of digital asset exchange FTX.

Meanwhile Ethereum, the second-largest cryptocurrency, jumped 2.6% in 24 hours, priced in at $1,269. The cryptocurrency which powers the smart contract platform and blockchain has been hit harder than Bitcoin in the past week: it’s down nearly 20% in seven days.

Much of the crypto market—including the top biggest digital assets by market cap—were in the green today.

The small recovery comes as U.S. stocks were buoyed by fresh data from the Labor Department’s Producer Price Index report on Tuesday showing a decline in the cost of goods excluding food and energy. This, experts say, could mean inflation is finally being brought under control.

Quantum Economics CEO Mati Greenspan told Decrypt that “inflation data does seem to be turning, which is really positive for asset prices.”

The cryptocurrency market this year has mostly followed the U.S. stock market; with inflation being at a 40-year high in the States, the Federal Reserve has pursued an aggressive policy of raising interest rates.

This has caused investors to get shot of risk assets, like tech stocks and Bitcoin, and instead hold onto greenbacks. The U.S. dollar has shot up in value this year but today it lost ground to other currencies on the Labor Department’s new data.