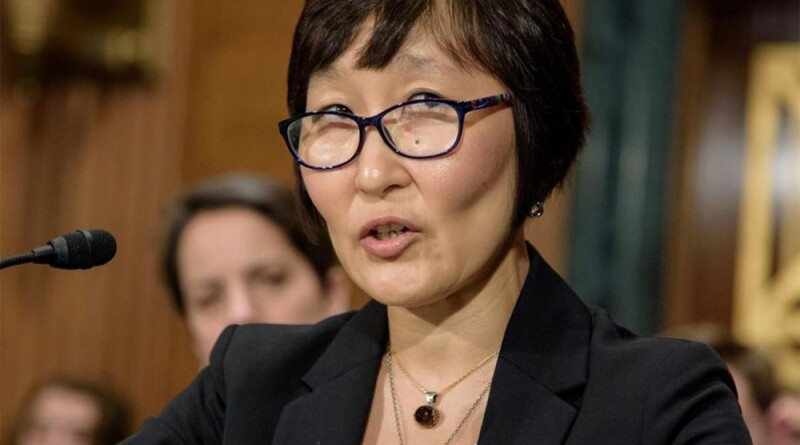 President Joe Biden plans to nominate a law professor who has criticized cryptocurrencies and advocated for the government to have a much bigger role in banking to run a top Wall Street regulator.

Saule Omarova, who has said she wants to “end banking as we know it,” will be tapped to run the Office of the Comptroller of the Currency as soon as this week, according to three people familiar with the nomination process who asked not to be named before a White House announcement. The OCC supervises the nation’s biggest lenders including JPMorgan Chase & Co., Bank of America Corp. and Citigroup Inc.

Picking Omarova, who teaches at Cornell University Law School, is a shot across the bow for Wall Street as she’s expected to pursue tougher oversight and stricter rules. The pick also raises questions about whether the Biden administration would support Omarova’s agenda if she pursues some of her most radical positions, such as moving consumer banking to the Federal Reserve from private institutions.

She’s also cited the rapid rise of cryptocurrencies as “benefiting mainly the dysfunctional financial system we already have.” Omarova contends that digital tokens threaten to destabilize the economy and are vulnerable to abuse by private firms at the expense of public safeguards.

Omarova may face a tough confirmation fight, as Democrats have a razor-thin majority in the Senate. Banks, who are big donors to both political parties, will likely lobby aggressively against her candidacy.

The Biden administration has so far struggled to fill the OCC job. Earlier this year, the White House was forced to drop previous candidates, including a former Treasury official who drew opposition from progressive Democrats. Michael Hsu, a former Fed official, has been running the OCC on an acting basis since May.

If approved by the Senate, Omarova —  a Kazakhstan native — would be the first woman to become the full-fledged leader of the OCC, which has only ever had a female serve as comptroller in an acting capacity.

She previously worked as a banking lawyer at Davis Polk & Wardwell and served as a special adviser in President George W. Bush’s Treasury Department. She earned a degree from Moscow State University and was studying in the U.S. when the Soviet Union collapsed, Omarova has said in interviews. She has a doctorate from the University of Wisconsin at Madison and law degree from Northwestern University School of Law.

In academic papers, Omarova has supported shifting consumer deposits into digital-dollar accounts at the Fed, something she describes as part of “a blueprint for radically reshaping the basic architecture and dynamics of modern finance.” On Twitter, she has posted comments about her distrust of megabanks.

“Does the world need JPMorgan to grow bigger and more powerful?” she asked in one tweet. After big banks announced increases in dividends and stock buybacks she remarked, “Oh, great! That’s what this country needs more of.”

Liberal groups will likely be pleased by her nomination. The Action Center on Race and the Economy praised her as a potential candidate earlier this year, saying in a statement that she “puts us on a path to correct the wrongdoings of past administrations who have been too cozy with Wall Street executives while ignoring the widening racial and economic disparities in our country.”

— With assistance by Justin Sink