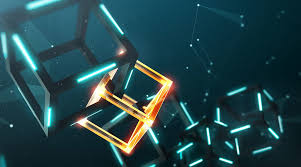 by Quincy Preston and Alex Edwards

Through a purchase agreement with Sparkpool, the largest Ethereum mining pool in the world, Dallas-based Applied Blockchain is rapidly working to scale its crypto-mining operations.

The goal? To be the leading publicly listed pure-play Ethereum/Altcoin miner in the next 6 to 12 months.

Dallas-based Applied Blockchain is moving forward with its first cryptocurrency mining deployment with the help of a purchase agreement with Sparkpool, the largest Ethereum mining pool in the world.

It’s a fast move, especially since Applied Blockchain just launched its business last month. CEO and Chairman Wes Cummins says this is the next step to signaling movement to deploy capital and scale crypto-mining operations.

The goal? To be the leading publicly listed pure-play Ethereum/Altcoin miner in the next 6 to 12 months, the company said in its April 2021 investor presentation.

To do so, Applied Blockchain is securing strategic partnerships with two of the world’s largest and most experienced Ethereum companies. That’s where Sparkpool comes in.

SparkPool operates public chain networks through its global Ethereum mining pool. According to the company, it’s dedicated to optimizing technology, while providing safe and stable services for thousands of users every day. This leads to stable mining pool services and the fair allocation of rewards.

With its agreement, Applied Blockchain will procure graphics processing units from technology company NVIDIA, inventor of the GPU, which creates interactive graphics on laptops, workstations, mobile devices, PCs, and more.

Applied Blockchain notes that “GPUs’ power potential makes it more useful in blockchain mining than traditional CPU mining.” GPUs are faster and more efficient than CPUs, according to the company’s investor presentation in April. “GPU mining solves complex math problems to verify electronic transactions on a blockchain,” the company details.

GPU can also be used to mine other crypto networks such as Ethereum, Litecoin, Dogecoin, Filecoin, Ethereum Classic, Beam, and more.

The investor presentation also showed that Applied Blockchain wants to leverage high-performing equipment and existing facilities to be energy-efficient with low-cost hydroelectricity and operationally efficient with the best mining software. The goal is to ensure 99 percent or more uptime and the highest mining rewards, along with supply chain and deployment expertise.

The mining assets, expected to be operational by mid-month, will be powered entirely by renewable energy. Mining will commence at an initial hash power that exceeds 200,000 MH/s, according to Applied Blockchain. The operation will also be located in North America.

The company wants to streamline the process from procurement with special vendor relationships.

Applied Blockchain reevaluated its deployment strategy, according to the investor presentation. “We decided instead of deploying into the Sichuan province of China that we’re going to move to North America,” the company said, noting that it “heard that the Chinese government may be cracking down on crypto mining operations in China.”

“While initial operations will come online a few weeks later than originally planned, we felt it was essential to pivot our deployment in light of current market conditions,” Cummins said in a recent statement. “Importantly, we are still scaling our operations with computing power that leverages low cost, clean power. After working out initial supply chain and deployment bottlenecks, the company will be in a position to rapidly scale hash power in the coming months.”

Cummins sees being headquartered outside of China as a benefit to companies like Applied Blockchain, adding that “we’re in a really good position to ramp up our Ethereum mining operations very quickly.”

He thinks “this is good timing,” —  and there “may be a great opportunity [that] is yet to be seen.”

Applied Blockchain’s backing was led by institutional investors with gross proceeds of $16.5 million, before expenses. The company closed its PIPE financing transaction in April 2021.

Cummins also helms his investment firm, 272 Capital LP, which was formed in February 2020 and has $106 million under management, according to Wealthminder.