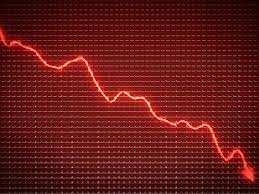 In just three days last week, Bitcoin investors saw the largest realized loss ever—losses locked in by trading—as a Bitcoin sell-off saw investors bleed $7.3 billion, according to blockchain analytics provider Glassnode. The last month has seen a sustained crash that pushed Bitcoin’s price below $20,000 for the first time since 2020.

About 555,000 Bitcoins were traded between prices of $18,000 and $23,000, according to the firm. Long-term holders liquidated about 178,00 bitcoins at prices below $23,000, with a number of them realizing losses as high as 75 percent. “The last three consecutive days have been the largest USD denominated Realized Loss in Bitcoin history,” Glassnode wrote in a tweet on June 19.

Glassnode noted there were other trends hurting not just long-term holders but also miners and short-term holders. Miner wallet balances seem to have stagnated, spending about 9,000 bitcoins while holding on to another 50,000 and pulling back with a 10 percent decrease in hashrate (the total computational power used to process transactions in a blockchain) since an all-time high in early June.

Bitcoin miners have been feeling the pain beyond wallet balances, however. The Financial Times reported that shares in listed mining companies like Marathon Digital and Hut 8 have fallen around 40 percent over the past month, with some firms having to take machines offline as energy costs increase, Bitcoin’s price drops, and funding has dried up from capital markets. A wave of acquisitions and takeovers are anticipated as a host of mining firms used the bull market to massively expand operations by taking on high-interest debt instead of liquidating Bitcoin reserves. If the price continues to crater or remain at bearish lows, it’ll start to threaten lenders who underwrote such loans, “leading to the risk of the creditor getting stuck with bulky, illiquid machinery that loses money every second without power,” Blockworks writes.

Many investors are still holding on to their Bitcoin, however, with massive on-paper losses. “If we assess the damage, we can see that almost all wallet cohorts, from Shrimp to Whales, now hold massive unrealized losses, worse than March 2020,” Glassnode tweeted. “The least profitable wallet cohort hold 1-100 $BTC, and have unrealized losses equal to 30% of the Market Cap.”

At $17,700, Bitcoin’s lowest point over the weekend, only 49 percent of the token’s supply was priced at a profit: “Historical bear markets have bottomed and consolidated with between 40% and 50% of supply in profit,” Glassnode reported. “#Bitcoin investor conviction is seriously being put to the test.”

Earlier this month, Glassnode warned in a note that the “current bear market is now entering a phase aligned with the deepest and darkest phases of previous bears,” with a market “barely above its cost basis” that promised to punish even long-term holders.

It’s not clear if Bitcoin and the rest of the crypto market have bottomed out at this point. While Bitcoin’s price has risen above the $20,000 level that many analysts warned as a key price support, there are growing concerns that many key institutional players in the wider crypto ecosystem are illiquid and teetering on the edge of insolvency.

In the aftermath of crypto lender Celsius Network freezing withdrawals on its platform, as well as other firms facing either insolvency or liquidity concerns, two major crypto lenders have been offered credit lifelines to prevent meltdowns that might further spark crypto panics. Crypto lender Voyager Digital announced a deal with Alameda Research last week, a trading firm created by crypto billionaire Sam Bankman-Fried, that would provide credit “intended to be used to safeguard customer assets in light of current market volatility and only if such use is needed.” On Tuesday, Crypto lender BlockFi chief executive Zac Prince revealed the company secured “a $250M revolving credit facility providing us with access to capital that further bolsters our balance sheet and platform strength” with FTX—Bankman-Fried’s crypto exchange.

Crypto has seen a growing number of bailouts, but it’s hard to imagine this will be the end as crypto winter threatens to settle in for a long time.