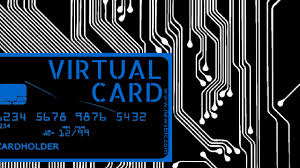 Zazoo’s VCpay will enable its users to pay using cryptocurrencies over a conventional online or in-app payment gateways. In order to develop VCpay, the company has entered into an exclusive partnership with BitX, a bitcoin exchange and payments platform headquartered in Singapore. According to Zazoo, the company’s deal with BitX allows VCpay to overcome interoperability challenges in the financial system.

These VCpay mobile virtual cards set up on cell phones are capable of working even when the device has no data or cellular connection. VCpay enables users to create virtual credit cards with valid credit card number, CSV and expiry dates. In order to make payments with these cards, the VCpay has to be either connected to a bank account or BitX bitcoin wallet. Those who wants to use bitcoin for making payments can deposit bitcoin into their BitX wallet linked to VCpay. Once transaction is made, the balance will be deducted from the user’s linked bitcoin wallet.

The MVC technology (mobile virtual card technology) used in VCpay offers an additional layer of security compared to conventional cards, and it makes use of international payment structures to execute transactions. Bitcoin enthusiasts and others interested using virtual credit cards can expect VCpay to hit the market soon. VCpay will be initially available for customers in Europe, South Africa, Nigeria, Kenya, Indonesia, Singapore and Philippines before it goes global.

By collaborating with BitX and introducing cryptocurrency option in VCpay, Zazoo has positioned itself as one of the next big things to hit the fintech space. VCpay offers a way for people to spend cryptocurrency on regular payment channels.