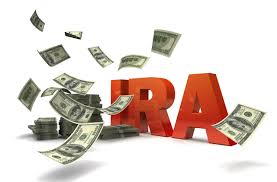 For Matthew Roed, Social Security is looking a lot less promising than the money he’s stashed away in his BitcoinIRA.

Roed is a registered nurse living in Golden Valley, Minnesota, and he says he’s spent 16,000 hours researching all things bitcoin. His conclusion? Investing in the cryptocurrency is the key to retiring well, and the best way to do it is through a tax-free, self-directed Individual Retirement Account, or IRA.

“Since bitcoin is legally classified as property by the U.S. government and my crypto is inside of an IRA, I knew that I would greatly reduce my taxable expenses due to exponential growth,” said Roed.

At today’s prices, the gamble has so far paid off.

The MBA grad, father, and husband initially invested $30,000 into his BitcoinIRA. Right now, he says that his retirement portfolio is up to $250,000,

While it’s down from its peak of $500,000, Roed still feels vindicated in his conviction that bitcoin is the future.

“No one wanted to listen to me at that time, including my own family,” he said. “I became reclusive and used my frustration to push more and more into getting involved in that market.”

BitcoinIRA launched in May of 2016, offering investors the tax-advantage of an IRA, plus the return of a high-risk, high-reward alternative asset class. It’s similar in nature to other IRAs, except that instead of being funded by gold, cash, and bonds, it’s backed by bitcoin.

The company has more than 100,000 individual account holders, including clients as young as 18. But chief operating officer Chris Kline tells CNBC that 75% of account holders are 45 and over. “It’s not a young kids’ game anymore,” he said.

BitcoinIRA isn’t just dealing in bitcoin either. It now includes a long list of cryptocurrencies, including ethereum and litecoin.

“To have a portfolio that has exposure…to a single crypto like bitcoin, that doesn’t make any sense, because while bitcoin is the most important one right now, its share of the overall capitalization of cryptos has decreased through time. There are so many other tokens out there,” Harvey said.

When CNBC first profiled BitcoinIRA in 2017, it served $6 million in transactions for 700 account holders. This month, it passed $1.5 billion in all-time transactions.

There were also far fewer players in the crypto retirement space. The market is now flooded with options.

IRA custodian Kingdom Trust offers users the option to diversify in 20 different cryptocurrencies. CEO Ryan Radloff tells CNBC that $2 billion of the $17 billion that it holds for clients is now in cryptocurrency. That’s up from $350 million a year ago.

“The amount of people interested in including bitcoin in their retirement savings…is increasing exponentially,” said Radloff. “People don’t want zombie retirement accounts that only allow you to invest in three target-date funds. They want to have more choice in what they do with their hard-earned money, and they want access to hard-assets that will increase in value over a long time horizon.”

Crypto-backed retirement portfolios may rapidly be gaining in popularity, but there are still some major limitations.

For one, while there are multiple ways to invest your savings for retirement – be it an employer-sponsored 401(k) or a Roth IRA – very few of these vehicles actually allow for an alternative asset like gold or crypto.

As the name suggests, it’s an account you open with a custodian, you make all investment decisions, and your income is tax sheltered until your retirement. Kingdom Trust and BitcoinIRA both follow this model.

“Because it’s considered property by the IRS…that is why you’re seeing the self-directed IRA space explode,” continued Ross. “There’s a lot of regulation to get through before you get it into the 401(k) space.”

There are exceptions. A small 401(k) provider called ForUsAll announced last month that it is now allowing participants to allocate up to 5% of their retirement funds into 50 different crypto assets including bitcoin, which will be custodied and managed by Coinbase.

But Chandrasekera says that “generally speaking, 99% of 401(k) plans don’t offer bitcoin services,” so there is still a ways to go until bitcoin hits mainstream retirement platforms.

Fidelity, for example, tells clients that retail brokerage customers cannot buy or sell any cryptocurrencies at Fidelity, though they can, theoretically, get exposure to the bitcoin trade through crypto-associated companies trading on the public markets. Same goes for Charles Schwab.

Roed spoke to CNBC after wrapping a 14-hour night shift. Those post-work hours are when the rehabilitation staff nurse invests the most time into researching ways to invest in cryptocurrencies.

Part of why he settled on BitcoinIRA has to do with the company’s staking program. Roed lends third parties his bitcoin and in return, he earns an annual percentage rate, or APR, for the risk. “It’s something like 2% per year,” he said.

This helps to offset the $240 annual account fee, plus the average transaction fees of 1% to sell and 5.5% to buy.

Kline says that clients can earn up to 6% annual percentage yield on cash and cryptocurrency, which helps balance out the fees.

Another major consideration? The volatility of bitcoin.

The world’s most popular cryptocurrency is trading at about half of what it was worth in April.

“We don’t see that volatility in, for example, the stock market,” explained Harvey.

“It’s naive to think that bitcoin is just going to keep on going up. There is going to be some limit, and people need to deeply consider that,” he said.

Beyond the volatility risks, the Securities and Exchange Commission has also warned of the risk of fraud when participating in self-directed IRAs which deal in cryptos.

But Kline remains optimistic. He ran CNBC through a case study of one client who purchased about $1.5 million worth of bitcoin in April of 2020, when the token was trading at around $7,335. At today’s value, his investment is worth well over $6 million.