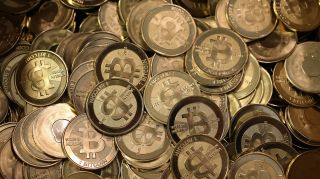 Bitcoin (BTC-USD) prices have soared 220% so far this year, and the gains could be far from over.

“I think by the end of 2021 we’ll see it eclipse $100,000,” Pompliano said. “The important thing to remember about bitcoin is that it’s a fixed supply asset and so supply and demand economics apply. If there are increases in demand, you’re going to see the price move up.”

Bitcoin has posted a massive comeback this year after plunging more than 70% from its high in 2018 to record its worst year on record. Much of the recent enthusiasm has been fueled by Facebook’s (FB) entry into the crypto market. The social media giant announced its own digital coin, Libra, fueling hopes of mainstream acceptance.

“It’s really bullish for the digital currency in the sense that the more important part of the announcement is not Libra, it’s Calibra, which is the digital wallet that Facebook is reportedly going to give to hundreds of millions of people, if not billions of people,” Pompliano said. “That wallet I think will eventually support bitcoin, ethereum (ETC-USD), tokenized securities and even data, so you can imagine something like your medical health records being tokenized and held in that wallet. I think it’s really important moment where we give hundreds of millions of people the capacity to hold crypto currencies.”

As of Tuesday, bitcoin was trading at more than $12,500. In terms of the next key level to watch for bitcoin, Pompliano says it’s $20,000. He warns it’s not going to reach that threshold overnight, though.