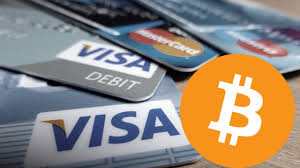 Bitcoin adoption, something that has somewhat stagnated after a burst of activity following bitcoin’s epic 2017 rally, is about to get a boost from a surprising source—U.S. credit card giant Visa.

San Francisco-based Fold, an app that offers users bitcoin rewards, has joined Visa’s Fintech Fast Track Program and plans to launch a co-branded Visa debit card that gives out as much as 10% of cash purchases with bitcoin instead of traditional reward points like airline miles or cash.

Fold found around 90% of its existing 90,000 users would “switch spending away from their existing card” for a card with bitcoin rewards for dollars spent, it has been reported.

“People are not interested in spending bitcoin right now, but are interested in accumulating it,” Fold chief executive Will Reeves told financial newswire Bloomberg, adding he thinks the card could bring a fresh wave of bitcoin adoption.

“If people don’t understand bitcoin as money yet, they certainly will understand it as a better reward.”

Fold currently offers users the ability to spend bitcoin or traditional currency at the likes of online shopping site Amazon, ride hailing app Uber, and coffee chain Starbucks by synchronizing their accounts either with an existing card or bitcoin wallet.

The bitcoin earned by users through rewards is not taxable as the bitcoin is not being sold, according to Reeves.

“Since bitcoin has no expiration date, the rewards can be used to offset the cost of a consumer’s next purchase, saved, or withdrawn—giving consumers freedom and flexibility,” Fold wrote in a statement announcing the Visa-powered card.

The bitcoin price remains highly volatile but many in the bitcoin and cryptocurrency community are confident it will rise this year.

Bitcoin exploded into the public consciousness in late 2017 following the bitcoin price rally from under $1,000 per bitcoin at the beginning of the year to around $20,000 by December. Since then the bitcoin price has rollercoastered to lows of under $4,000 and back to almost $15,000 last year.

The waiting list is now open for the Fold card that starts shipping in July, with users required to provide a phone number, address, and bank account details.