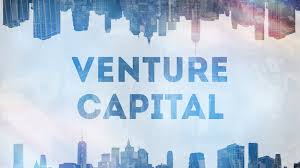 With the printing press in overdrive, there is an ever-increasing amount of fiat looking for a home. In order to avoid being debased and lose purchasing power, capital allocators are charged with finding investments that can outperform the rate of monetary inflation. Thus, more and more capital is being allocated further out on the risk curve. Enter venture capital. Venture capitalists provide financing to startups and early-stage businesses. Since 90% of early-stage businesses fail (according to Investopedia), venture capital is certainly well to the right on the risk curve.

Record amounts of venture capital money has poured into the “crypto” ecosystem over the last several years. However, Bitcoin-focused companies have been the beneficiaries of only a small fraction of that capital influx. In this article, we will explore venture capital’s impact on the “crypto” ecosystem generally, its impact on the Bitcoin ecosystem specifically, and discuss the primary drivers causing the disparity in capital allocation between “crypto” companies and Bitcoin companies.

With massive venture capital funds such as a16z, ConsenSys, Paradigm, Polychain, and countless others pouring tens of billions of dollars into the “crypto” ecosystem, it would be easy to assume that much of that capital is being used to support Bitcoin-focused companies, since bitcoin has, and always will have, the largest market cap of any cryptocurrency. However, that assumption is wildly inaccurate. In reality, the vast majority of that capital gets allocated to new cryptocurrency tokens (at a fraction of the cost that retail pays), and the teams building infrastructure around those cryptocurrency ecosystems. This is evident when looking at the explosion of Defi, NFTs, Layer 1, and Layer 2 projects over the past several years.

Once these projects are flush with money, they turn the marketing and hype machines to overdrive in order to attract attention and pull speculators and naïve crypto investors into their web. Many promises are made about how their project is going to change the world; thus, it must eventually be worth hundreds of billions of dollars. Speculators and unsuspecting newbies pile into the token of the week, increasing the market value, and setting in motion a feedback loop that only ends once insiders have dumped their tokens for a massive profit and moved onto their next target.

So, what is the impact of venture capital on the “crypto” ecosystem? It’s to print money (tokens) out of thin air, pump the price of that printed money, and then dump it on the poor saps that bought into their engineered hype cycle. What a great benefit these venture capitalists are providing to the world!

The amount of venture capital focused solely on the Bitcoin ecosystem pales in comparison to the amount of capital focused on “crypto.” Rough estimates indicate that Bitcoin-focused companies have received less than 2% of the overall crypto ecosystem funding. We will discuss the reasons for this disparity in the next section. As a result of having a small capital base, most Bitcoin-focused companies are bootstrapped by the founding team. Typically, these early-stage companies are focused solely on building, not on marketing or generating hype. Most Bitcoin companies have a product or service live before ever seeking outside investment. This is in stark contrast to “crypto” companies, who typically receive massive funding rounds before ever shipping a product.

So, what is the impact of venture capital on Bitcoin? Since the majority of capital is deployed elsewhere, Bitcoin-focused companies are typically left to build quietly, develop product-market fit, and go to market on their own. This reality has both advantages and disadvantages. The advantages are that, since most projects are self-funded, the teams are incentivized to create a great product or service before unleashing it to the world. Additionally, Bitcoiners are so passionate about Bitcoin that they will only build projects that they feel will benefit the overall Bitcoin ecosystem. The disadvantages are that achieving network effects with a limited amount of capital is difficult, and many early-stage companies may not have the runway to achieve escape velocity. Thus, even products or services that may benefit the Bitcoin ecosystem may be scrapped before delivering that benefit.

Reasons For The Disparity In Funding

There are a myriad of reasons as to why the vast majority of venture capital is dedicated to “crypto” and not Bitcoin, including a perceived larger addressable market, a misguided comparison of “crypto” to “tech,” and higher valuations of “crypto” companies compared to Bitcoin companies.

Crypto venture capitalists love to lean into the notion that Bitcoin is “only” money, and therefore, every other use case the world over must then be ready to be disrupted by other cryptocurrencies. The visions of decentralized finance, tokenized everything, the metaverse, NFTs, etc., are easy to sell to a hungry base of investors who think they’ve missed the boat on Bitcoin and are looking for the next big thing. In reality, since money is the foundation of all economic activity, nothing else could possibly have a larger addressable market. Everyone in the world needs money, no one need a JPEG.

Misguided Comparison of Crypto to Tech

There have been many comparisons made between early crypto companies with early tech companies. Cryptocurrency projects love to compare their project to companies like Uber, Airbnb or Apple. This framing is useful for venture capitalists to lean into when soliciting funds from traditional investors. Who wouldn’t want to own a stake in the next Apple? In reality, this comparison is flawed in several ways. First, the mere fact that these cryptocurrencies are purported to be decentralized — and that their future and mission are supposedly not driven by any single individual or group — makes the comparison to a centralized tech company irrelevant. Secondly, the fact that these cryptocurrencies print their own money out of thin air is not comparable to actual tech companies that must create value in order to attract capital.

When venture capitalists examine the cryptocurrency ecosystem, they see companies, like Coinbase, ConsenSys, Crypto.com, Binance and FTX, that have achieved multibillion dollar valuations. They then compare those companies to Bitcoin only–focused companies, which typically have lower valuations, and quickly deduce that, in order to generate the highest return on their capital, they must need to invest in “crypto” companies and not Bitcoin companies. This is flawed, high time preference fiat thinking. Low time preference Bitcoin thinking goes something like this: Bitcoin will one day be the world’s reserve currency, therefore, companies whose mission supports Bitcoin will thrive. The fact that there is less fiat-minded capital allocated to Bitcoin companies is actually a plus, as it enables mission-aligned capital to occupy the space on Bitcoin company cap tables. And finally, the fact that Bitcoin companies have smaller valuations than “crypto” companies means that the market has not accurately priced in the chance of a hyperbitcoinized future world.

There is a massive amount of fiat being allocated further and further out on the risk curve in order to attempt to generate returns higher than the rate of monetary inflation. Much of that capital is finding its way into the “crypto” ecosystem. Unfortunately, due to flawed comparisons, fiat thinking and an underestimation of Bitcoin’s future, the vast majority of that capital is being allocated to “crypto” companies and not to Bitcoin-focused companies. Fortunately, the winds may be starting to shift.

As bitcoin continues to appreciate, more and more Bitcoiners have started to allocate capital in support of Bitcoin companies. While still small in comparison to “crypto,” we’re starting to see more Bitcoin-focused venture capital firms being formed. The likes of Ten31, Trammell Venture Partners, Bitcoiner Ventures and Lightning Ventures are joining more established players such as Stillmark, Mimesis Capital and Fulgur Ventures. Additionally, many individual Bitcoiners (myself included) utilize their own capital to invest directly in support of Bitcoin companies.

As bitcoin continues to suck in capital from inferior stores of value such as real estate, stocks, bonds, gold and collectibles, more and more wealth will be transferred from high time preference fiat thinking investors to low time preference Bitcoin thinking investors. As that happens, Bitcoin-focused companies stand to benefit from both a larger user base, as well as increased amounts of investable capital in the Bitcoin ecosystem. One day in the not-so-distant future, we will see Bitcoin companies with valuations orders of magnitudes higher than “crypto” companies. What a joy that will be.