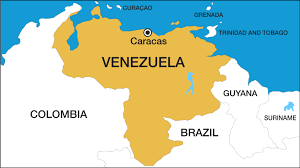 The Bolivarian National Guard of Venezuela, also known as the Armed Forces of Cooperation and part of the country’s Ministry of Defense, has seized 315 bitcoin mining machines.

An official account of commander Adolfo Rodríguez Cepeda announced the seizure on Monday on Twitter, saying that the bitcoin mining machines were retained “for not having the permit issued by the National Superintendence of Cryptoactives and Related Activities (Sunacrip).”

Sunacrip is the highest authority on cryptocurrencies in Venezuela. The seized machines are Antminer S9s, according to local crypto news outlet CriptoNoticias.

Antminer S9 is Bitmain’s most popular last-generation miner and is now barely profitable, according to research conducted by The Block in May. Yet, these machines contributed around 23% of bitcoin’s hash rate as of May.

Antminer S9s are currently available at throw-away prices — from $100 to $300. At the highest price, the seized equipment is worth about $94,500. It is not clear who was transporting or owned these machines.

It is worth noting that crypto mining is legal in Venezuela, but requires proper registration with Sunacrip.