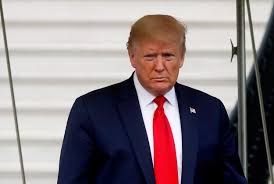 In a terse exchange about imposing sanctions and tariffs with China, Trump reportedly told Mnuchin: “Don’t be a trade negotiator,” ordering him instead to: “Go after bitcoin [for fraud].”

“If you don’t want me on trade, fine, your economic team will execute whatever you want,” Mnuchin retorted. The exchange comes from an excerpt from Bolton’s new book, obtained by the Washington Examiner.

The conversation is said to have happened in May 2018, around the time investors were cheering bitcoin on after it rose 33% against the dollar. It’s unclear from the excerpt what specifically led Trump to order Mnuchin to crack down on bitcoin and whether the two men had been talking about cryptocurrencies beforehand.

At the time, there had also been a lot of speculation about what U.S. regulators were going to do about crypto. At CoinDesk’s Consensus event that year, industry figures were calling for greater clarity from regulators. Representatives from the Commodity Futures Trading Commission (CFTC) and the Securities and Exchange Commission (SEC) said they wanted to avoid “hindering” innovation

Trump made his own thoughts on bitcoin abundantly clear last summer.

“I am not a fan of Bitcoin and other Cryptocurrencies, which are not money, and whose value is highly volatile and based on thin air,” he tweeted. “Unregulated Crypto Assets can facilitate unlawful behavior, including drug trade and other illegal activity….”

But Mnuchin, one of the longest-serving members of the Trump administration, has taken a more measured approach. He may have no plans to buy bitcoin but does not have a problem with digital asset initiatives, such as the Libra project, as long as they adhere to U.S. regulations.

Bolton’s book, “The Room Where It Happened,“ is scheduled for release on June 23. The Justice Department has filed a lawsuit against Bolton and has urged the court to stop the release claiming it contains classified information.