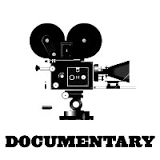 Ever since Satoshi Nakamoto’s white paper introduced the world to bitcoin, we’ve all been on a wild ride. The cryptocurrency has been growing in popularity, and has given us some amazing stories to tell while doing so. Predictably, a few filmmakers decided to use bitcoin’s story to make an impact and spread the word.

“Banking on Bitcoin” is a recent documentary that covers the basics of the cryptocurrency and catches up with some of the early adopters. It shows us a few notable moments in bitcoin’s history, and gives us an idea of just how resilient the currency really is. The documentary also includes a lot of information about the community, about how diverse it really is, and how that is actually great. Throughout the documentary, the innovation-regulation debate is also present.

“Bitcoins in Argentina” is all about independence from government-issued currencies, and how bitcoin turns that dream into reality. A country’s government issued-currency can collapse, or significantly lose value without you having anything to do with it. This documentary focuses on how Argentinians used bitcoin to protect themselves against the Argentinian Peso’s volatility.

Bitcoin in Uganda is a mini-documentary that focuses on Ronald’s story. Ronald is a 20-year-old Ugandan college student that gets tuition money from his family. Hefty fees in services like western Union and MoneyGram take up a huge chunk of the money, and the money takes days to reach Ronald. His brother-in-law suggests using bitcoin, and Ronald’s life quickly changes, as he doesn’t have to worry about fees or waiting periods anymore.

The documentary was produced by http://bitcoinfilm.org/, the same team behind “Bitcoins in Argentina”.

Back in 2013, Austin Craig and Beccy Bingham decided to live on bitcoin for the first 100 days of their marriage. The couple raised over $70,000 on Kickstarter before starting, and during the documentary had to either convince retailers to accept the currency, or travel to find common everyday luxuries that could be purchased at bitcoin-friendly stores. Even though it was hard, the couple did it, and gave us a documentary that proves skeptics wrong: it is possible to live on bitcoin.

2. The Rise and Rise of Bitcoin

“The Rise and Rise of Bitcoin” is the go-to documentary if you are new to the cryptocurrency and want to know more about it and its potential to disrupt the current financial system, as it can not only reach the unbanked, it really puts us in charge of our own money. The documentary focuses mainly on the positives of the cryptocurrency and gives us a glimpse into the lives of early adopters.

1. Bitcoin: The End of Money As We Know It

I couldn’t write about the top bitcoin documentaries without including “Bitcoin: The End of Money As We Know It” in the list. The documentary essentially focuses on socio-economic history, and on how bitcoin addresses the weaknesses of the current financial system. Watching it will not only take you through the evolution of money, it will also help you gain insight on why economic booms and busts occur, and show you how bitcoin can help.