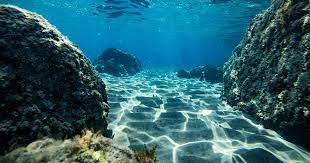 When Bitcoin was trading above $60,000, the smartest analysts and financial-minded folk told investors that BTC price would never fall below its previous all time high.

These same individuals also said $50,000 was a buy the dip opportunity, and then they said $35,000 was a generational buy opportunity. Later on, they also suggested that BTC would never fall under $20,000.

Of course, “now” is a great time to buy the dip, and one would think that buying BTC at or under $10,000 would also be the purchase of a lifetime. But by now, all the so-called “experts” have fallen quiet and are nowhere to be seen or heard.

So, investors are left to their own devices and thoughts to contemplate whether or not the bottom is in. Should one be patient and wait for the forecast “drop to $10,000” or is now the time to buy Bitcoin and altcoins?

Generally, calling price bottoms is a futile task. What’s really important to focus on is whether or not there are fundamental reasons for choosing to or not to invest in Bitcoin.

Sure, price has changed drastically, but have Bitcoin’s network fundamentals and the infrastructure surrounding Bitcoin as an asset improved or degraded? It’s important to zoom in on this data because for investors, this is where one should be sourcing their confidence and investment thesis.

This is exactly why Cointelegraph hosted a Twitter Spaces with analysts Joe Burnett of Blockware Solutions and Colin Harper of Luxor Mining. Here’s a few highlights from the conversation.

Equities markets will decide when Bitcoin price can “go back up”

“The macro environment is obviously heavily weighing on the price of Bitcoin. High CPI inflation has led to an aggressive Fed since November of 2021. Higher interest rates inevitably cause all assets to come down. Interest rates are basically gravity on financial assets, just basically discounted cash flow analysis. And these increasing interest rates are an attempt to destroy demand and and destroy inflation by the Fed. It’s obviously putting pressure on all risk assets, including Bitcoin.”

When asked about the Bitcoin hash ribbons on-chain indicator suggesting that BTC had bottomed and miners had capitulated confirming that the Bitcoin bottom was in, Burnett said “I think with every sort of like on chain type metric, you definitely have to take it with a grain of salt. You can’t look at it in a vacuum and say, yes, the bitcoin bottom is in.”

“If US equities do make new lows, I certainly expect Bitcoin to follow. With that being said, I mean, if you’re looking at the fundamentals of Bitcoin itself, I think minor capitulations do typically mark Bitcoin bottoms. And a hash driven indicator that Charles Edwards created is basically depicting that there was a miner capitulation this summer.”

Discussion of the growing partnership between big energy providers, oil and gas companies and industrial-size Bitcoin miners has been a hot topic throughout 2022, and when asked about the direct benefits of this relationship to Bitcoin itself, Colin Harper said:

“I don’t think that mining does anything bad or good for Bitcoin. I think it’s good for Bitcoin in the sense that it will actually in the long run strengthen network security, decentralize mining and put it in like basically every corner of the globe if you have energy producers mining it. But in terms of actually doing anything to the price, I think that’s just a kind of a wider adoption case. And as to whether or not people will be using it day to day as a medium of exchange, store of value and just general investment.”

Harper elaborated with, “If these companies do start mining it, then it becomes more palatable. It becomes less stigmatized. Depending on, I guess the oil producer and that person’s politics.”

When asked about what Bitcoin mass adoption might look like in the future, in relation to the growth of the mining industry, Harper explained that:

“It’s just going to be a matter of time before they start integrating Bitcoin into their stacks. And I think that’s when things get interesting in terms of mining as an industry because if you have the producers of the energy and the people who own the energy mining Bitcoin, then that makes it very hard for people without those assets to eventually turn a profit because you’re going to see hash price, which already trades in backwardation. Eventually, you can imagine a future where only energy producers and those who are invested with or embedded with energy producers can actually turn a profit on their bitcoin mining.”

Both analysts agreed that while it may take a handful of years, the growth potential for layer-2 Bitcoin is bright. Burnett predicted that “over time more and more people will learn to demand final settlement of their Bitcoin, meaning that more people will hold their own keys.”

“If Bitcoin adoption grows by 100x or 1000x, there’s going to be a lot more competition for scarce block space and on-chain fees will likely rise just because people will be demanding much more settlement, magnitudes more settlement on the base layer. But the block space to settle on the base layer is fixed. So these on chain fees rising will basically, in my opinion, potentially make lightning channel liquidity that’s already open and available. It’ll make it more valuable.”

Harper wholeheartedly agreed and added that, in his opinion, the Lightning Network “will be the thing that allows Bitcoin to be used as a worldwide medium of exchange and also, like Jack Mallers has put it, It’s the thing that can kind of separate Bitcoin, the asset from Bitcoin, the payment network in a way that’s actually scalable.”

Tune in here to listen to the full conversation of the Twitter Space.

Disclaimer. Cointelegraph does not endorse any content of product on this page. While we aim at providing you all important information that we could obtain, readers should do their own research before taking any actions related to the company and carry full responsibility for their decisions, nor this article can be considered as an investment advice.