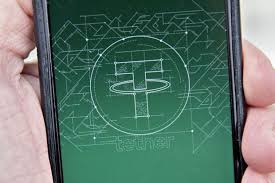 The cryptocurrency market continued to hemorrhage money Thursday, with the most popular coins down double-digit percentages over the past 24 hours. And absolutely no one knows when things will bottom out, with many people worried the entire market of fake digital money could go to zero as the stablecoin Tether officially traded below $1 for the first time ever early Thursday.

The culprit for the crypto bloodbath was a chain reaction that started over the weekend when Terra’s stablecoin, TerraUSD, which is theoretically supposed to stay at $1, became “depegged” and started trading below a dollar. That sent shockwaves through the crypto community, since stablecoins are supposedly backed by real assets and aren’t just Monopoly money. At least that was the promise, despite investigative reporters finding it’s all a game of smoke and mirrors.

Tether, the most popular stablecoin in the world, also depegged for the first time early Thursday, dipping to $0.95 on major exchanges before recovering slightly to $0.98 as of this writing. But even at $0.98, the utility of a stablecoin is completely obliterated because it’s not worth precisely $1, causing speculators to rush in and try to make money by buying Tethers at a cheaper price on the assumption they can be sold for $1 later. And that’s exactly the kind of volatility that you already have with cryptocurrencies and doesn’t help people looking for a safe haven asset that can more easily be used to convert to fiat.

Terra’s Luna, the fourth most popular cryptocurrency in the world as of early Monday, has plunged to near-zero in the past 24 hours. The world’s largest cryptocurrency exchange, Binance, de-listed the coin in response. Currently trading for less than $0.01, the crypto was worth over $87 just a week ago, and $54 early Monday. Anecdotes have popped up on social media sites like Reddit about people losing their entire life’s savings in the Luna collapse, though Gizmodo could not independently verify any of those stories yet.

As we explained on Monday, if you invested $100 in any of the most popular cryptocurrencies six months ago, you’re down a considerable amount of money. And if you listened to Matt Damon during his Super Bowl commercial for Crypto.com, insisting that “fortune favors the brave,” you’re probably kicking yourself.

For its part, Tether issued a statement early Thursday insisting that everything was fine, something you’ll just have to take their word for because they’ve never been audited.

“Tether has maintained its stability through multiple black swan events and highly volatile market conditions and even in its darkest days Tether has never once failed to honor a redemption request from any of its verified customers. Tether will continue to do so which has always been its practice,” Tether said in a statement online.

“Tether is the most liquid stablecoin in the market, backed by a strong, conservative portfolio that consists of cash & cash equivalents, such as short-term treasury bills, money market funds, and commercial paper holdings from A-2 and above rated issuers. The value of Tether’s reserves is published daily and updated once per day,” the statement continued.

Again, you’ll just have to take Tether’s claims on faith because their operations are largely a black box to regulators.

As crypto expert Ben McKenzie points out on Twitter, there are a few things to look out for as the crypto market collapses. First and foremost, look for exchanges to suddenly stop letting people from withdrawing money in the name of “scheduled maintenance,” something Binance U.S. already announced overnight would be happening this morning from 6:00 a.m. ET until 9:30 a.m. ET.

“While these shenanigans are fun (and lucrative for the big boys) when the price goes up, when it goes down all hell tends to break lose. You, my dear average casino patron, are not at the forefront of their thoughts…,” McKenzie tweeted.

But that’s just one expert’s opinion. How low can crypto go? Again, no one can say for sure. But if you’re looking to pick up some cheap crypto, it’s probably a good idea to at least wait to see what happens with Tether in the coming days and weeks. Experts like McKenzie have warned that a collapse of Tether could completely tank bitcoin’s value to nothing. And we now might get to see if that theory pans out.