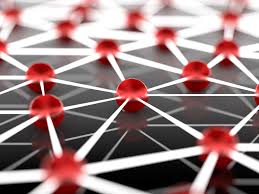 By A Hannan Ismail

In this opinion piece, Ismail looks at how bitcoin could drive the United Nations Sustainable Development Goals, broadly aimed at improving the prospects of everyone on the planet.

To set things straight from the beginning, I don’t have a bust of the former British Prime Minister in my office. For one thing, he was rather off on his views of Mahatma Gandhi, the most influential British subject of the 20th Century.

The reason that this remark endures is obvious. We as a global community find ourselves in an accelerating centrifuge of crises that are economic, political and ultimately moral all at once.

The way out can seem to be more elusive at each turn. “Stop the world: I want to get off” isn’t an option yet, although Elon Musk is working on that one.

These disruptions have created another crisis of a fundamental and corrosive kind: the loss of trust.

Why put faith in political classes who are raised, schooled and nakedly represent vested interests engaged in ‘socially useless’ activity?

Why be surprised when public institutions that are mandated to protect and promote human rights go on to intrude into personal privacy and lawful behaviour?

Why trust large private businesses, that cultivate prospects through sophisticated psychographic and behavioral marketing, in order to sell goods and services that poison you and your children?

We stare at a world at war where the theatre of conflict isn’t just far away Abyssinia or Czechoslovakia or Manchuria or Spain. Or Iraq or Syria.

Today the theatre of war is everywhere.

Refugees might justifiably argue that “we are here because you were there,” but it’s become even more invidious than this.

The theatre is you and me, and it is being fought on an increasingly intimate terrain.

If you’re reading this on your personal device, the war is happening in the palm of your hand through the likely encroachment of your privacy. Right now.

It isn’t easy for good people to turn their back on struggling or compromised institutions, or to be wary of something as close to us as our personal device.

We grow up with them as part of our lives. We invest in them with the expectation that they will invest in us, or deliver benefits to us. They are part of who we are.

At least this is the working assumption in relatively developed societies. The story has been rather different in the majority of the world where countries and communities struggle daily to hold things together.

For the governments and peoples living in least-development countries, landlocked least-developed countries, and small-island developing states, crisis was the new normal decades ago.

Now spare a thought for women, men and children in territories wracked by conflict, with no government or business sector or rule of law.

Institutional crisis in specific jurisdictions has become a crisis of institutions everywhere.

Trust, a commodity that requires careful handling, is in peril. And it is not surprising that this prompts over-reaction towards extremes.

For some, public institutions are to blame, therefore we need to turn our back on them and go full-libertarian.

To others, private interests can be just as malevolent, or incompetent, or both, therefore we need the state to restore order.

We can have sympathy for both outlooks, but the solutions arising from each side can descend quickly into dogma. Neither help.

What we need is a negotiated middle ground that makes sense for present and future generations. This middle ground belongs to a shared agenda powered by innovation.

The power of innovation

Two developments since the 2007–2008 economic crisis can, in my view, help and help enormously.

They both have some things in common: they both emerged from a hot mess and they are both still in their infancy.

At first glance, they both seem implausible. They both face a challenge to pass the giggle test in an age where fear, uncertainty and doubt prevail.

They also share qualities that are altogether more positive. They promise a better world. They are the products of long experience and ingenuity. They are both brilliant in their design.

Chronologically, the first was bitcoin, which emerged in 2009.

Here are the goals in brief:

Is there a single one of these 17 goals, or any of their 169 targets, where bitcoin cannot improve prospects? The answer may not be immediately obvious.

I expect that entrepreneurs, researchers, policy makers and institutions will be asking and acting on this question over the coming years.

The space is ripe for investment.

The origins of bitcoin lie in code and cryptography. In its early adoption, it has attracted the attention of bona fide entrepreneurs operating in a gray regulatory area prone to over-reaction, plus speculators and criminals.

In the space of eight years, bitcoin (and its underlying protocol) has grown to the extent that central banks around the world and large financial institutions have begun to take serious notice.

This is good. Still, while its ecosystem is growing, many of its use cases are still hypothetical or untested, and some advocates are prone to wishful thinking. A few betray a whiff of technological fundamentalism.

Meanwhile, the Sustainable Development Goals arose in 2015 after sustained political debate and empirical evidence on what has and has not worked to improve the lot of people and planet.

Their number and complexity is an admission that the world we live in is interdependent. Long-term fixes in one location can have positive effects elsewhere.

For those skeptical of the ability of public and private institutions to come together to agree on an agenda this bold, the Sustainable Development Goals are a major source of inspiration and hope.

They enjoy traction in an otherwise distracted world.

Bringing bitcoin and the Sustainable Development Goals together will take an act of loving midwifery. It will require patience, cultivation and evidence.

On this, we have precedence.

It took more than 20 years for the development and environment communities to come together and agree on terms of engagement. Why so long?

There are many reasons, of course. Development as a profession privileges planners and economists who occasionally stumble into history, sociology and anthropology to understand lived realities. Environmental proponents tend to be natural scientists and activists.

These represent different, sometimes parallel cultures. It can take mega-trends or external shocks to force convergence. In the meantime, conservatism holds sway. Received wisdom, self-interest and a lack of lateral awareness dictate priorities and behaviour.

It can be a bemusing spectacle and we must expect more of the same.

Any effort to bring bitcoin into the Sustainable Development Goals will require an appreciation of how to achieve successful convergence between communities of interest. It will take communication, experimentation and demonstration of value.

Bitcoin is beginning to hint at intrinsic value, to the extent that its protocol has the potential to deliver material value to state, society, economy and individual.

Some argue that the ‘S-curve of technology adoption’, characterized by fractals repeating, exponentially increasing Gartner Hype Cycles, might in time force convergence. Perhaps.

At the same time, we should not underestimate the political economy of technology adoption.

It does not yet have the social capital that say, gold, enjoys. Its extrinsic value is still moot. This makes it vulnerable and a risky bet.

For now, it isn’t so much the old imperialist Churchill from whom we can draw inspiration. Instead, it’s the wily Gandhi and his vision of the autonomous human being, free from encumbrance and able to pursue life to its full potential.

Born in the wake of crisis, the Sustainable Development Goals shape that course, and I believe bitcoin can drive it.