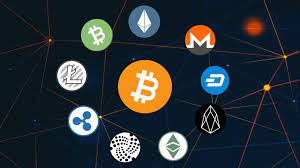 A closely followed crypto strategist is issuing a warning to investors saying that a handful of altcoins appear poised for a corrective move after rallying over the last two weeks.

According to Cheds, crypto bears should closely watch these five altcoins for potential retracements.

Cheds also highlights that the market structure of many altcoins looks similar to the current price action of Litecoin, which he notes is flashing signs of bullish exhaustion after rallying over 20% since July 13th.

“LTC four-hour [chart] head and shoulders top forming. Much of the market has this kind of look with variations, three to four thrusts with different peaks.”

Traders see the head and shoulders top as a sign that a market reversal could be on the horizon.

As for Bitcoin (BTC), Cheds warned his followers last week that the leading crypto asset was starting to show signs of weakness after one metric flashed a bearish divergence.

“BTC and ETH both with on-balance volume (OBV) bear divergence on daily chart.”

The OBV is a technical indicator that measures buying and selling volume while a bearish divergence suggests that a trend reversal could be in sight. According to Cheds, a Bitcoin correction back to $20,600 will resolve the OBV bearish divergence.

The crypto analyst also notes that the 200 moving average on the four-hour chart is hovering around $20,000.