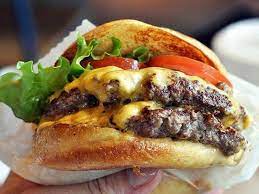 First it was celebrities like Megan Thee Stallion and Aaron Rodgers offering you free Bitcoin through Block’s Cash App.

Now the promos are getting a little less sexy. That’s because we’re in the fast food phase of the hype cycle.

Burger chain Shake Shack has announced that for every purchase made with a Cash App debit card through March, it will refund customers 15% of the equivalent total in Bitcoin.

The promotion isn’t a response to patrons clamoring for crypto-with-cheese, according to CMO Jay Livingston. He told The Wall Street Journal that it’s an easy way to see whether cryptocurrency has any traction with the chain’s customers: “You’re always trying to place your bets on those things that truly will be meaningful and not waste resources on the ones that won’t.”

It’s not an entirely new area for restaurants to venture into. In November, Robinhood and Burger King teamed up to give customers 1 Dogecoin (currently trading for about 12 cents) every time they spent $5, while McDonald’s has been making NFT Big Macs that are tastier than the real thing.

While Shack Shack is frying—er, trying—to feel out the crypto space, Block is a well-established patron of Bitcoin. Under CEO Jack Dorsey’s leadership, the company has pushed Bitcoin (though not other crypto assets). Its Spiral brand (formerly Square Crypto) has pumped out software developer kits for Bitcoin and the Lightning Network, while the TBD54566975 division (yes, that’s its real name) is working on a Bitcoin-based decentralized exchange.

Cash App has been busiest of all. In addition to rolling out Lightning transactions in January, it’s been collaborating with celebrities to encourage people to buy Bitcoin via the app. Recently, for example, Oscar-winning actress and lifestyle guru Gwyneth Paltrow gave away $500,000 in the company’s Bitcoin to her Instagram and Twitter followers who commented on her posts with a “$cashtag.”

Paltrow’s personal brand would likely implode were she to be caught at a Shake Shack, but the restaurant chain is nonetheless looking to capture some of Block’s social media marketing strategy to reach younger customer groups.

In that case, maybe Shack Shack should be giving out Shiba Inu.